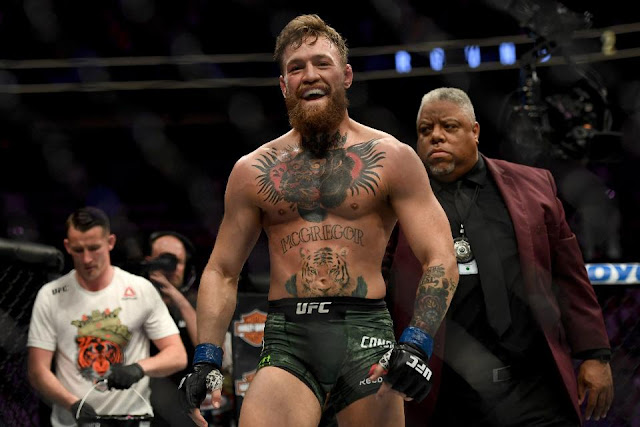 Former two-division champion Conor McGregor has had a reputation of gassing out after the early rounds and most times offer little action in the championship rounds. However, this time SBG head coach John Kavanagh believes the “Notorious” will actually shine in the later rounds when he takes on Donald Cerrone in UFC 246 headliner.

Kavanagh during an interview with Themaclife.com, predicted the outcome of the UFC 246 headlining bout and in his prediction, tipped Conor McGregor to pick up a late stoppage victory over Donald Cerrone when they meet at the T-Mobile Arena on January 18th.

“I think it’s going to be late,” Kavanagh said. “I could see it in the championship rounds. That’s the mindset that I personally have – to be ready for that. Now, he could spark him in seconds. But I think there’s a little extra weight involved, so I think in the later rounds.”

If Kavanagh’s prediction materializes, it will be McGregor’s first stoppage victory in five years with his last coming against Chad Mendez back in 2015. Having only gone the distance twice in his professional career, a five rounder against Nate Diaz and a three rounder against Max Holloway, stopping Cerrone beyond the 10 minute mark of his Comeback fight will be his first since turning Pro.

Conor McGregor has only been through the third round twice, despite participating in 10 scheduled five round fights.his first was a majority decision win over Nate Diaz at UFC 202, while his second was his fourth round submission loss to lightweight champion Khabib Nurmagomedov at UFC 229.

UFC 246 will take place on the 18th of January at the T-Mobile Arena. With the main card airing on Pay-per-view following Prelims on UFC Fight Pass and ESPN+.