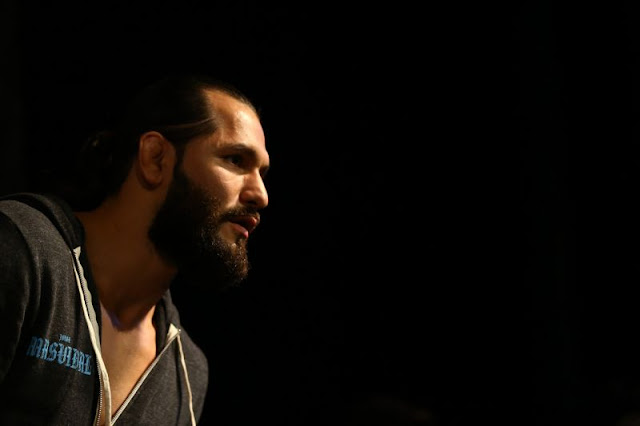 The BMF title holder Jorge Masvidal is one of the possible Super Fight targets Conor McGregor has in mind when he takes on  Donald Cerrone in the UFC 246 main event this coming weekend at T-Mobile Arena. However, Masvidal doesn’t believe the former  two division champion will be victorious.

After a year and three months away, Conor McGregor made a choice to face “Cowboy” Cerrone in his Welterweight debut which will serve as a tune up fight for three big fights in 2020.  Cerrone has competed in the 170 pound division in the past and has recorded wins against Matt Brown, Mike Perry and Rick Story.

Masvidal will be happy, if McGregor makes it out with a victory due to the financial point-of-sale view but having shared the Octagon with Cerrone in the past, finds it difficult to believe the UFC Star will win the fight.

“Conor’s amazing off the blocks,” Masvidal said in an interview with Submission Radio. “I think he’s got great timing. While guys are getting their timing, Conor’s already coming in with the timing. He already has their timing by the time you go to your timing. Good power, (and) good confidence in it. I would rank Conor one of the better starters of the sport. Donald, on the other hand, is more of a rhythm fighter. He takes a little bit to work at it. He puts his feints together, his movements, starts gauging speeds, see how fast, how strong they’re throwing.
“So, he works on that, and he’s like a rhythm fighter. So, with time he does a little bit better, and I think he’s got a little bit better endurance than Conor as well. So, if Cowboy comes out and he’s like a dual threat, it becomes more of a problem, (and) then I start to lean more to Cowboy. If he just comes out flatfooted and he’s in front of Conor, I heavily go towards Conor, man.”

Masvidal analyzed the fight inia stylistic point of view taking McGregor’s knockout tendencies coupled with his Southpaw stance when facing an Orthodox fighter like Cerrone, who chooses to analyze his opponents before building on their weaknesses with enough durability to compliment.

“It’s just tailor-made for Conor,” Masvidal said. “Flatfooted, right-handed fighter is just custom made for a southpaw with a decent left hand. So, it can be interesting, because even in that mayhem Cowboy can land the knee; he could land the kick. He’s the bigger guy.“But I think it really depends on Cowboy, what kind of strategy he comes out with.”

There’s been a lot of speculation and rumors that Conor McGregor choosed Donald Cerrone because he seems one of the easiest to defeat among the Welterweight Contenders but Masvidal doesn’t believe this as the “Cowboy” holds a trail of UFC records.

“He’s back to fight a top contender,” Masvidal said. “He’s not picking no slouch, he’s fighting a stud in Cowboy. It’s an older Cowboy that’s been through a lot of wars, yes, but it’s still Cowboy. Not only is he a draw, but he’s a very competitive individual. I think he’s like number five or six in the world right now. So, he’s definitely no slouch.
“Were there tougher fights? Of course, there was probably tougher fights. But it’s a great fight. I’ll be tuning in and I’ll be watching.”