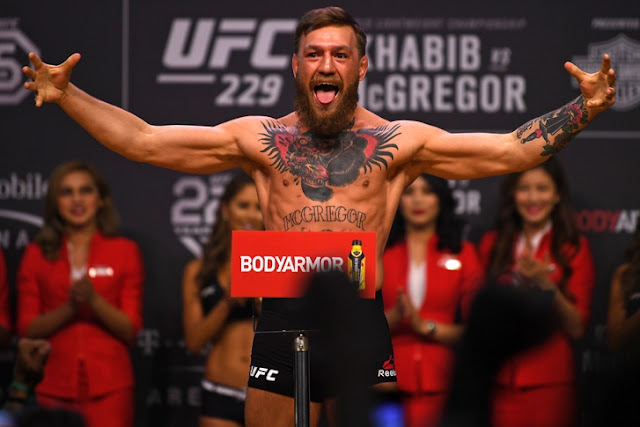 Conor McGregor and Donald Cerrone both made weight ahead of their anticipated clash in the main event of UFC 246 at the T-Mobile Arena on Saturday Night. Donald Cerrone first went on the scales and tipped it to 170 on the dot, while Conor McGregor did the same minutes after Cowboy.

The results weren’t surprising as both fighters are known for competing in lower divisions and have never called in overweight for a fight. Conor McGregor will be Headlining his seventh pay per view Bout while Cerrone will be competing in his first Pay-per-view Headlining out since turning Pro 14 years ago.

Conor McGregor will be fighting for the first time since losing his title challenge against UFC lightweight champion Khabib Nurmagomedov in October 2018 UFC 229,while Cerrone on the other hand fought four times last year with a two wins and two losses.

Alexa Grasso, who was scheduled to take on Claudia Gadelha missed weight so badly the commission called off the Bout. Grasso tipped the scales at 5.5 pounds above the strawweight limit (including the extra one pound allowance) and due to that, the Bout couldn’t continue due to the big difference in the weight.

Flyweight Sabina Mazo also missed weight in her first attempt, coming in at 126.25 which is about a quarter pound above the weight limit for a Flyweight Bout, however the Physical gave her a second chance with an extra hour to make weight and she made weight, tipping the scales at 125.5 pounds.