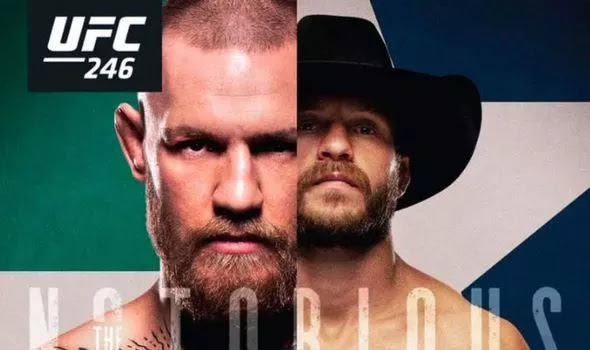 UFC looks to kick off the year with one of the most anticipated showdowns of 2020, The UFC 246 where Conor McGregor makes his return to the Octagon against Donald “Cowboy” Cerrone in the Headlining bout.

UFC 246 which is scheduled to take place on January 26th will be aired live on Pay-per-view following a Preliminary Card aired on ESPN, UFC Fight Pass and ESPN+. Conor McGregor (21-4 MMA, 9-2 UFC) will be fighting in the Octagon for the first time since losing to Khabib Nurmagomedov a UFC 229 while his opponent a top contender and former Lightweight title challenger Donald Cerrone (36-13 MMA, 23-10 UFC).

The Co – Main Event will have former UFC Bantamweight Champion Holly Holm Rematch Raquel Pennington, as the later seeks revenge after being edged in her UFC debut. The fight was initially scheduled for UFC 243 but the former champ pulled out due to a Hamstring injury.