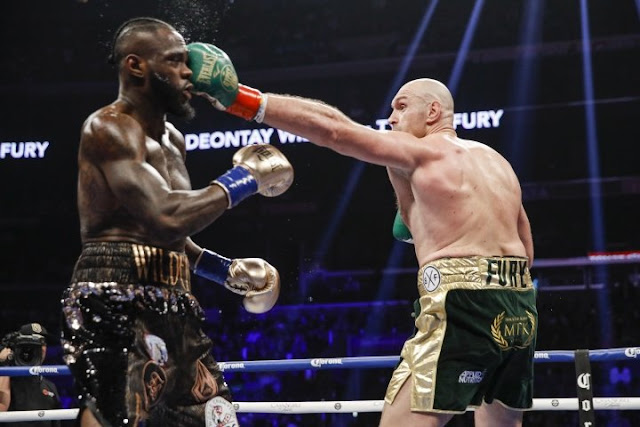 Tyson Fury isn’t known for massive knockout power to compare with the level of Deontay Wilder or some of the opponents that the WBC heavyweight champion has faced and knocked out but that doesn’t count as Fury’s trainer believes that Fury will tap into the secret power of the famous Kronk Gym to knockout the “Bronze Bomber” in their rematch on the 22nd of February at the MGM Grand Arena.

‘We’re going to give him that punching power. It’s a Kronk secret. The Kronk style produces knockouts,” Steward told BoxingScene.com in an interview. “He wants to be more of a well-rounded fighter, and that’s why I was brought in … He’s elusive, and not getting hit is one of his greatest attributes. The art of boxing is to hit and not get hit.”

SugarHill Steward, who was recently named by Fury says the “Gypsy King has taken preventive measures and has started using Headgear for the first time in his life to aid in preventing any damage to the eye that required 47 stitches in his last fight against Otto Wallin, which could could delay the rematch if damaged.

“The two fighters will not need much of a feeling out process,” said Steward. “They are not intimidated by each other. Two of the elite fighters in the world looking for the score-settling win … He seems to be in a happy place now. Staying in the gym and training is his rescue. It’s therapeutic.

“I don’t need a therapist to help me train my fighter,” Steward quipped. “It’s part of my job to be in the fighter’s head as well. I know what makes him laugh, sad and cry.”

Tyson Fury and Deontay Wilder battled to a controversial draw in their first fight back in December 2018 and will look forward to settling the score when they meet and both have promised to end the fight with a knockout victory but for Fury, Deontay Wilder will be knocked out in two rounds