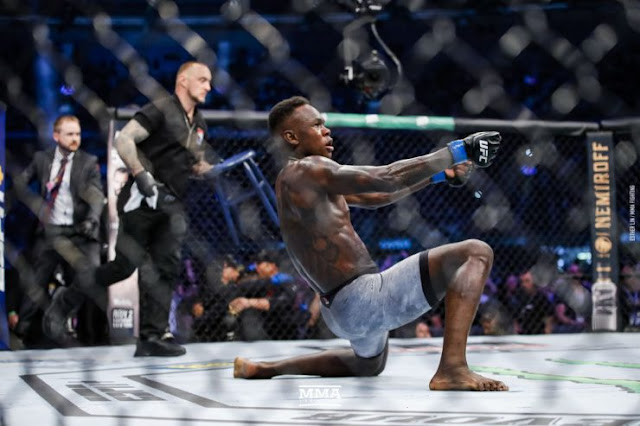 Isreal Adesanya knocked out former champ Robert Whittaker back in October to win the title and was expected to face Paulo Costa but that was called off after the Brazilian got injure and will definitely have a delayed return.

“As a fighter I want to fight the guy everyone thinks can beat me,” Adesanya told MMA Fighting last November. “Everyone was hyping up the Robert [Whittaker] fight like how are you going to beat Robert? He went 10 rounds with Romero! I was like and the f*ck what? At the press conference, I said ‘so the f*ck what?’.
“[Romero is] good but people think he’s this boogieman, maybe it’s just the muscle thing but everybody thinks muscles win fights but not in this era.”

Isreal Adesanya has done well enough to keep himself undefeated since joining the UFC and has gathered big wins against former middleweight champions  Robert Whittaker, Anderson Silva and Kelvin Gastelum. He will now turn his focus on Yoel Romero who will be taking his third shot at the title after losing two razor thin title fights to Whittaker.

The Cuban grappler won Gold at the Olympics in 2000 and has accumulated a 9-3 record since joining the UFC, with two of those losses coming against Whittaker in his last two attempts at the UFC middleweight title. Under his belts is big wins againsts Luke Rockhold, Lyoto Machida and Chris Weidman.

Adesanya and Romero have recently been in a back and forth social media battle that at some point, it seemed the fight was already finalized but the UFC had already scheduled his fight with Paulo Costa but the Brazillian pulled out due to an injury. Yoel Romero is on a two fight losing streak with a 1-3 record in the UFC, first lost his to Paulo Costa at UFC 241 before losing a razor thin decision to Whittaker despite being on of the scariest fighters in the UFC.
The fight between Isreal Adesanya and Yoel Romero will be the main event of UFC 248 while the Co- Main event will feature strawweight champion Zhang Weili defending her straweight title against Joanna Jedrzejczyk.