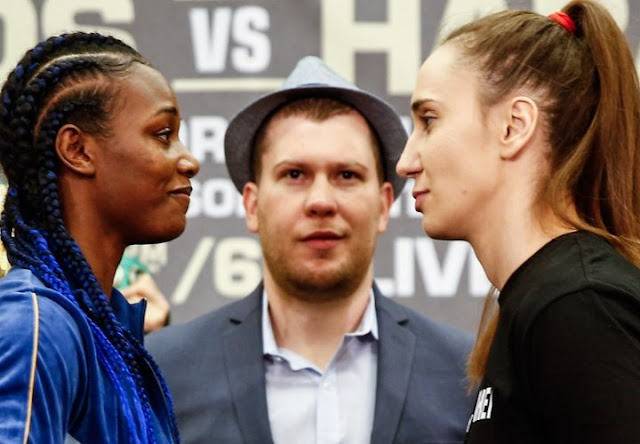 Undisputed middleweight titlist Claressa Shields takes on a former Ivana Habazin with the Vacant WBC and WBO Junior Middleweight titles at stake in the headlining bout of SHOWTIME’s triple header on Friday night at the Ocean Casino Resort in Atlantic City, N.J.

The build up to this fight has had numerous potholes, one that even saw both fighters and their teams clash during a weigh in that eventually ended in one person getting knocked out and the fight date shifted from October. Now they are both ready for action after both making weight on Thursday night.

Claressa Shields tipped the scales at a career low 153½ while Ivana Habazin was 152½.