Skip to content
HomeSports NewsKornilov Wants Dmitry Bivol Vs Gilberto Ramirez Next, Call It An Ideal Match Up

Kornilov Wants Dmitry Bivol Vs Gilberto Ramirez Next, Call It An Ideal Match Up 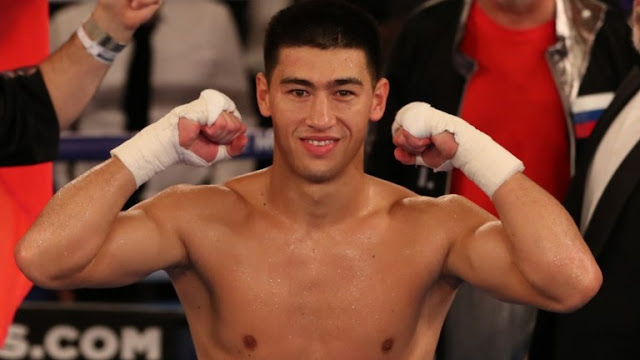 Dmitry Bivol is Unbeaten in 17 fights with 11 knockouts and was last seen in the ring in Chicago, when he knocked down the Dominican Lenin Castillo and dominated him to a unanimous decision victory to retain his title and his unbeaten status. Bivol was fighting for the second time in 2019, His first was another dominant unanimous decision victory over Joe Smith in March.

Former Super middleweight champion Gilberto Ramirez dropped his title with hopes of an adventure at light heavyweight and in his debut stopped Tommy Karpency in his debut last year.

According to the WBO rules, Ramirez is automatically the mandatory challenger to the WBO title at light heavyweight. The vacant title was relinquished by Canelo Alvarez, who knocked out Sergey Kovalev in the Eleventh round of their super fight last year. Alvarez has decided to drop down in weight to handle mandatories at middleweight.

Dmitry Bivol is tipped for a return in recent months and according to Vadim Kornilov, Ramirez will be a perfect opponent for the Russian.

“We hope that Bivol’s next fight will take place in March or April. Ideally, it would be nice to meet with Gilberto Ramirez in the next match. Obviously, this fight is interesting for both television and the boxing public,” Kornilov said to Vasiliy Konov.