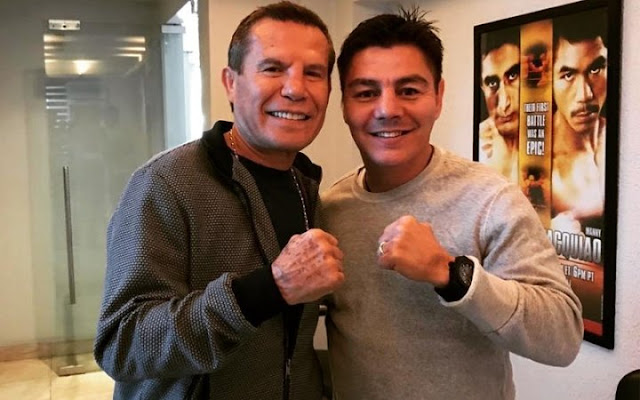 The Mexican legends staged their first exibition back in November 22nd, when they gave their all and had to be separated by the referee after the final bell in “Duel Of Mexican Legends” at the Municipal Auditorium of Tijuana.

Both fighters got into a squabble after fight over, who won and who lost. The fans actually believed that Chavez Sr. won the fight igniting some bad blood and Social media exchanges with Jorge Arce claiming he allowed him to look good because he was his idol.

While preparing for the Rematch Julio Cesar Jr. has threatened to take away “The Bad And Ugly” from Jorge and will make it a statement by teaching him a lesson.

However, Arce didn’t allow Cesar Jr. to look good on the mic sending a jibe that points back to his drugs and alcoholic days and added he only allowed him to look good igniting bad blood that prompted the rematch.