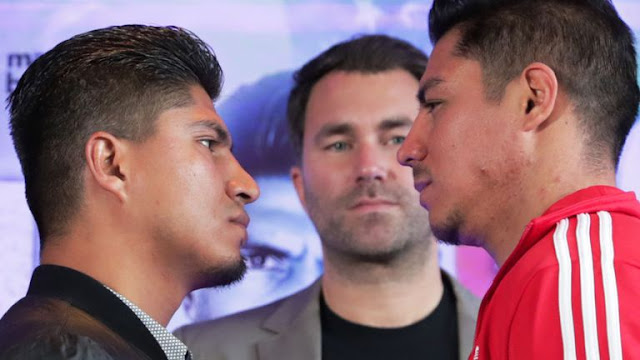 Jessie Vargas planned dropping the Welterweight division behind him for an adventure at the 154 pound division but settled delayed his plans for a fight with Mikey Garcia because, it is a sacrifice he has to make for the Fans.

Jessie Vargas was already in negotiations with former WBO Junior middleweight champion Jaime Munguia before the later dropped the 154 pounds for 160. Vargas weighed in at 50.4 pounds in a 151 catchweight fight when he stopped Humberto Soto in three rounds.

“I was planning to compete at 154, but for this fight, I’m stuck in the middle,” Vargas told BoxingScene.com in an interview. “I can still make 147, but it takes a little more sacrifice for me. But I can make it. That’s the point where I’m at now, and every reason to make this fight happen, because it’s a fight that the fans want. So let’s give it to them. I’ll make a little bit more sacrifice to come down to 147 so they can get what they want.”

Mikey Garcia will be fighting for the first time since losing his Welterweight debut via a one sided unanimous decision to Errol Spence Jr back in early 2018. A fight he vacated his Lightweight belt and jumped two divisions higher to make a reality.

Garcia will be fighting against Vargas with height, Reach and Size disadvantages. He will look to make a statement at Welterweight with a victory over Vargas, who goes in with a 33% knockout rate.