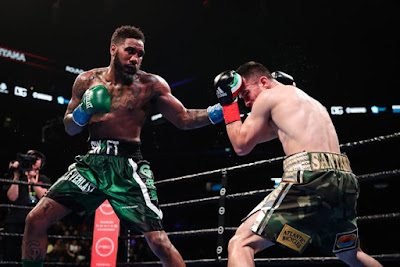 Jarrett Hurd bounced back from the first professional loss of his career with a decision win over Francisco Santana in their 156 pound catchweight fight on Saturday night at Barclay’s Center.

The audience got bored because of the fight and made  their displeasure heard with loud boos in the final four rounds of the fight but that didn’t bother Hurd, who was happy to carry out perfectly the instructions of his trainer and was able to work behind his Jab better and defended well.

The fight was scored by the three Judges in favor of the former unified Junior Middleweight champion. The first two judges Julie Lederman (99-90) and Kevin Morgan (99-90) scored nine rounds apiece for Hurd, while Larry Hazzard Jr. (97-92) scored the fight seven rounds for Hurd.

Hurd, who bounced back from his upset knockout loss to Julian Williams floored and almost knocked out Santana in the 10th round. Hurd sent Santana two gloves to the canvas with a sweeping right hand with seconds remaining in the 10th round but round of time before he could force a stoppage.

“We came out here and did what we wanted to do,” Hurd told Showtime’s Jim Gray in the ring after his win. “The crowd didn’t love it, but you gotta understand, I got the unanimous decision and I did what I wanted to do. … There definitely was no frustration. We didn’t wanna go toe-to-toe and we didn’t wanna make this a risky fight.”

Jarrett Hurd was with all the advantages, Height, size, reach and speed and had the perfect opponent in the slower Santana to bounce back since Williams snatched away his IBF, IBO and WBA 154-pound championships eight months ago with a unanimous decision.

Due to the advantages and less movement by the Welterweight fighter, Hurd was able to implement his techniques and even when he was hit, the blows didn’t feel or look that dangerous  and that was seen in the Compubox statistics, which recorded Hurd had more edge with the Jab and was able to throw 138 more punches.

“I just wanted to keep coming forward and give it my all,” Santana said. “I know I was frustrating him at times, but it was a tall task and I don’t make any excuses.” 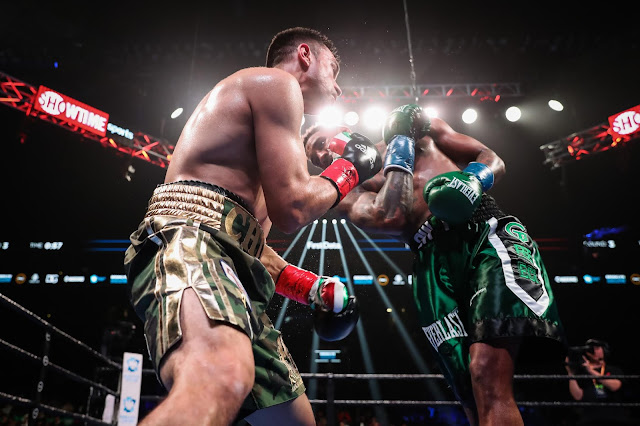 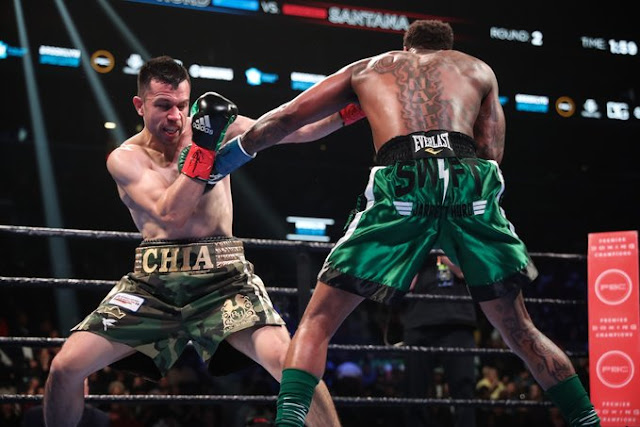