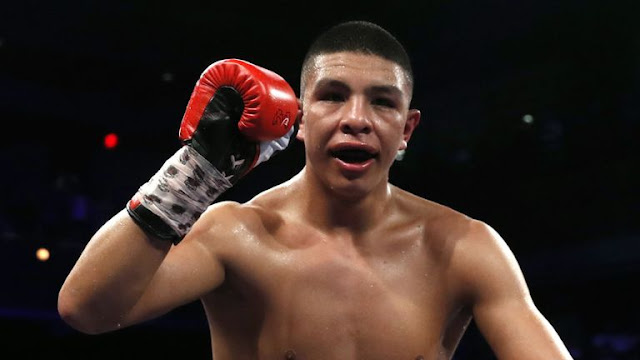 Munguia, tipped as the next Mexican had a good show, dominating the fight from the first round and in the end lunched a flurry of power punches that forced O’Sullivan’s corner to end the fight at exactly 2:22 of the eleventh round.

Jaime Munguia and Gary O’Sullivan both had a slow start, however Munguia increased the tempo, tagging the 35 year old with numerous shots and even had him hurt with a flurry before the end of the first round.

O’Sullivan responded accordingly in the second round, despite having a left hook reply to the body for every of his shots. He withered the storm and tagged Munguia with some really nice rights hook tottheTot chin before the end of the second round.

Both fighters got engaged in a serious exchange in the third round with Munguia having a more work rate but O’Sullivan always finds a way to end every round with dangerous punches, wobbled the 23 year old before the end of the round.

By the fifth round Munguia still had the upper hand due to speed and youth. However O’Sullivan showed him experience backing him up against the ropes with a flurry as Munguia seemed to lack defense. Munguia landed a combination while backed up before the end of the round.

In round six, Munguia got deducted a point for a low blow after being warned before by the referee. In the seventh Munguia kept going but O’Sullivan get complaining of more low blows, got backed up against the ropes and eventually ended the round hurt.

Munguia was every where in the ring using his Jab effectively though the round got marred with another low blow which the referee termed unintentional. However gassed O’Sullivan looked, he was able to land one clean right.

Munguia kept dominating O’Sullivan in the land of Jabs, where he seemed to be the land lord. Staggering O’Sullivan around the ring but the Irish Soldier showed heart, holding on till the end of the round.

Round 10 was all action as the staggering O’Sullivan found away to land some shots despite almost being over powered by Munguia’s quick lightning combos, who win this fight doesn’t to have power on his punches despite his dominance.

Munguia landed some good right hands that eventually got Spike hurt and then followed it with a flurry that forced Spike’s corner to throw in the towel in Round Eleven.