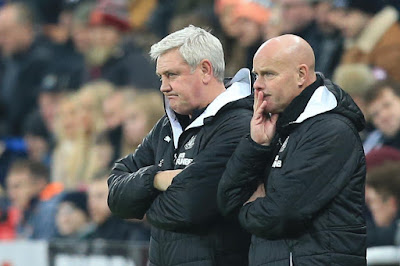 Leicester City kept themselves ten points behind premier League leaders Liverpool FC with  a 3 Nil Victory over injury struck Newcastle United, Who were forced to play most of the second half with 10 men at St. James Park.

The Foxes were so dominant, they had 77% possession as the Magpies defended deep allowing their visitors to control the game and break through their defensive lines. However the opener came when Florian Lejeune gifted Ayoze Perez through an horrific pass, an opportunity he capitalized on to open the scoring.

However, the Lejeune mistake was just the first of the mistakes, as he made another horrific pass Ayoze Perez intercepted before setting up James Maddison, who made no mistake from 25 yards with a thunderous shot. past Martin Dubravka.

Newcastle United were already two goals down when just before the stroke of Half Time Steve Bruce watched his hopes disappear as Jetro Willems, Javier Manquillo and Jonjo Shelvey all got injured forcing him to make all three available substitutions during the break.

Things got worst after five minutes into the second half, Fabian Schar pulled up with a hamstring injury which forced the Magpies to play with 10 men through the remaining minutes of the game.
Newcastle remain 12th with 25 points leveled with Everton and Southampton while winners ever move 10 points closer to Liverpool at second position and a point above Manchester City, who face