Skip to content
HomeSports NewsGary O’Sullivan Knows He Needs To KO Jaime Munguia, No Decisions Will Favor Him

Gary O’Sullivan Knows He Needs To KO Jaime Munguia, No Decisions Will Favor Him 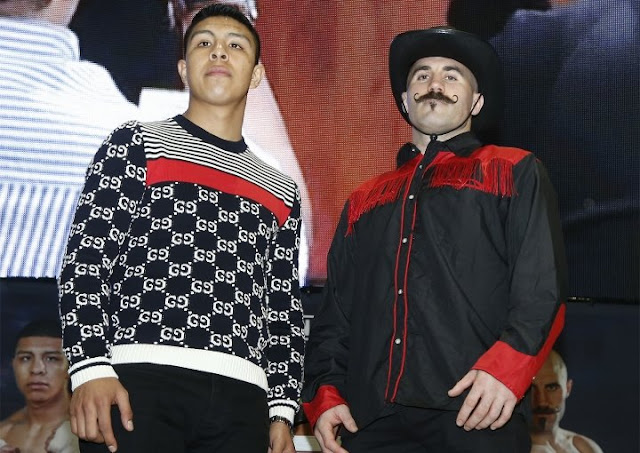 Gary O’Sullivan will welcome former WBO Junior Middleweight Champion Jamie Munguia to the 160 pound division with open arms. However, he acknowledges the fact that he needs to look good and in that a KO win will make the statement.

Jaime Munguia and Spike O’Sullivan will meet in a 12 round middleweight fight at the Alamodome in San Antonio, Texas and will be exclusively streamed on DAZN.

Jaime Munguia made the decision to move up to the middleweight division after struggling to make 154 pound weight limit. However, The Next Mexican Star as some will see him, will be going into the fight on the back of a very competitive split decision over Denis Hogan back in April.

The fight was the closest to him losing because many believed Hogan had done enough to win and before then, he had mostly dominated or stopped his opponents. This has given O’Sullivan the opportunity to actually take away his 0, only if he can pull off a KO.

“Unquestionably, I need a knockout. He is a Mexican and a super star,” O’Sullivan said to Seán McGoldrick in the Independent.

“I think if I knock him down in every round but he is able to continue I won’t get the decision. There won’t be many there shouting for me, though I expect I will have a few supporters in the sell-out crowd. Brian O’Connor, whose father Dave has sponsored my suits since 2008, lives out there and he is organising a bus for fans.

O’Sullivan conceded he never expected the fight and that everything just happened so quick, with him initially thinking of going down for a crack of the WBO Junior Middleweight title before hearing Munguia was moving up. He believes that with his experience as a middleweight fighter, he should be capable of winning this fight.

“To be honest I wasn’t expecting the fight at all. When I got the call to fight Munguia initially I thought it was for his light middleweight world title. Then I was told he was moving up to middleweight. I did campaign at middleweight for a long time and I believe that this is a fight that I can win.”