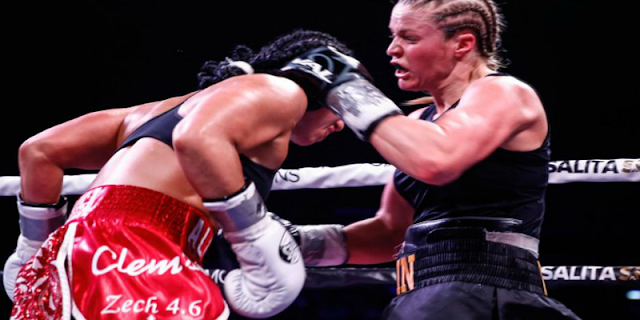 Elina Cederroos shocked the world and pulled of a major upset in dropping and defeated Alicia Napoleon-Espinosa via unanimous decision to unify the IBF and WBA Super middleweight titles on Shields-Ivana Habazin undercard at Ocean Resort Casino’s Ovation Hall.

The fight was scored 95 – 94 on all three scorecards by Mark Consentino, Lawrence Layton and John McKaie for the relatively unknown Cederroos, who also successfully defended her IBF title in the process.

“I’m so happy,” Cederroos told Showtime’s Jim Gray following her upset. “I showd that I can box and take a war. But when I relaxed, the punches just came. It feels so wonderful. Alicia was a great opponent. She’s so professional. We had a fight in the ring and I hope now we are friendly.”

Cederroos soiled Napoleon-Espinosa’s plans of challenging Claressa Shields in her next fight but Cederroos didn’t commit to facing Shields who was a clear favorite to defeat Ivana Habazin on Friday Night.

Challenging Shields will mean the huge Cederroos will need to move down to 160 pounds and taking options at 168 will probably make more sense or even take a rematch with Napoleon-Espinosa, due to the competitive nature of their fight.

Napoleon-Espinosa applied caution throughout the third because she was dropped in the second but in the fourth was able to close the show with a right hook that made her opponent hold after being caught in the first minutes by an awakening right hand in the first minute from Elina Cederroos. 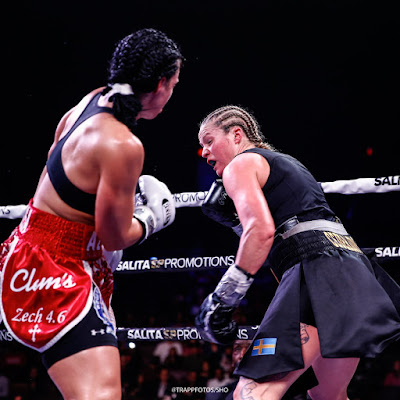 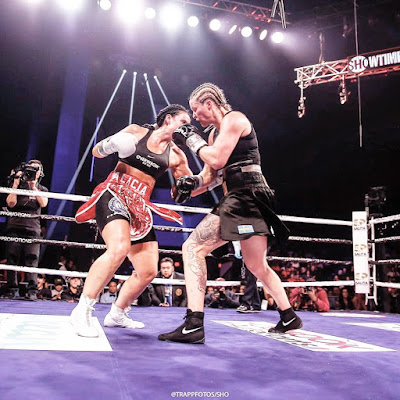 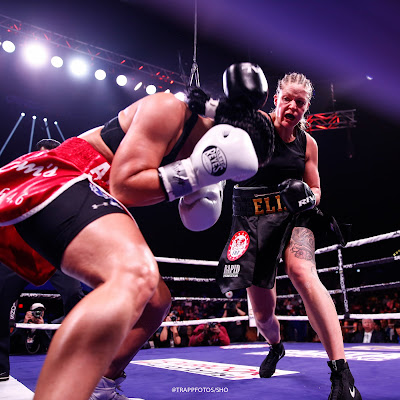