Eleider Alvarez Blasts Out Michael Seals In The Seventh Round 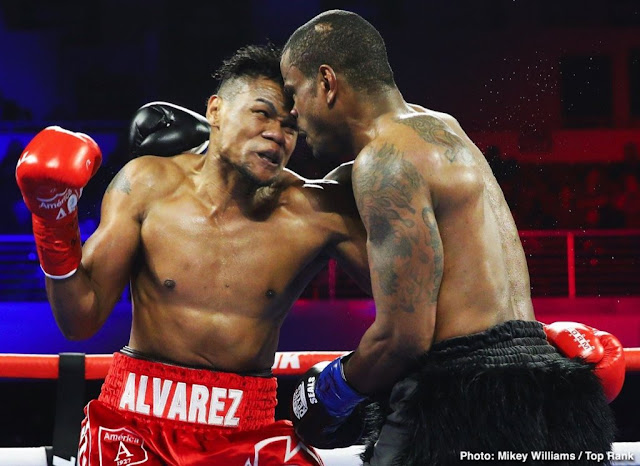 The favorite, Alvarez engaged Seals in a very technical battle that saw both sides avoiding to take risks and showing just too much respect from the first through the fourth round. Alvarez choose to fight behind his Jab, connecting when there is a slight opening and a clinch when both got too close.

Alvarez cracked up Seals with a body shot in the fifth round, continued using his Jab and attacking from the outside and by the sixth round Seals was bleeding seriously from the mouth and nose due to Alvarez jabs.

In the seventh round Alvarez sent Seals to the canvas with a right hand, knocking him totally out against the ropes.

Eleider Alvarez was fighting for the first time since losing to Sergey Kovalev in their WBO light heavyweight Championship rematch back in February while Seals, who has just been sent back to the drawing board recently revieved his career after suffering three straight losses.

Alvarez knocked out Sergey Kovalev to win the WBO light Heavyweight title in 2018 but failed to defend it as the former 175 pound ruler regained the title by handing him the first and only loss of his professional career.