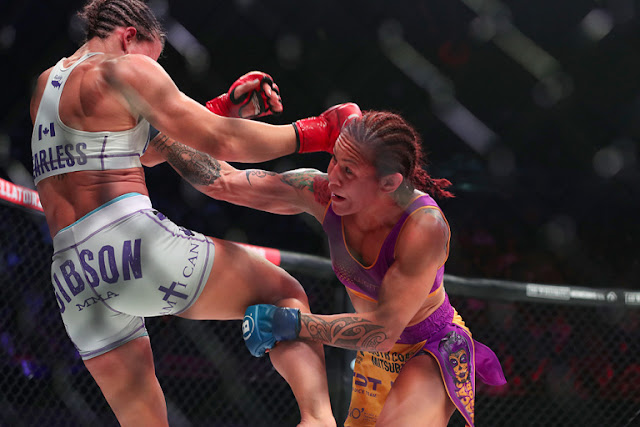 Cris Cyborg broke history in her Bellator debut with a stunning knockout victory over Julia Dudd in Bellator 238 headliner to win the Bellator Featherweight title on Saturday night at The Forum.

Cyborg, who has previously won titles in Strikeforce, Invicta FC, and the UFC, added Bellator Featherweight title to her resume and by so doing made history as the first MMA fighter regardless of gender to win a title in four different Promotions in the modern MMA era.

Julia Budd was tough and was ready to showed why she was a champ but Cyborg (22-2 MMA, 1-0 BMMA) was  ready and broke her down gradually till the fourth round when she finished her off with a flurry to win the title.

Cyborg went out firing in the opening round with punches, elbows and knees, doing everything to bring down the  underrated Budd, who did her best to reduce the aggression with the clinch and landed her fair share of strikes.

Cyborg slipped after trying a knee and Budd tried her best to make use of the situation but was halted after she landed an illegal knee and drew a warning from the referee.

Cyborg was able to continue her pace in the second round, landed combinations to the head and body and tried finish off the fight after landing and closing the  distance but Budd always tried her best to escape attack with a clich or scramble away.

Budd slowed down and it was obvious as Cyborg was still very strong. Cyborg landed a big calf kick and planned following that up with a ground and bound but the horn stopped Cyborg while perpetrating the act.

Cyborg went forward in the fourth, wasting no time in landing her trade mark flurry and ended it with a wicked kick that dropped her down to the canvas.

Budd had her eleven fight winning streak snapped with the loss and the 145 pound title she won as the inaugural champion. Cyborg on the other hand recorded her 17KO/TKO victory 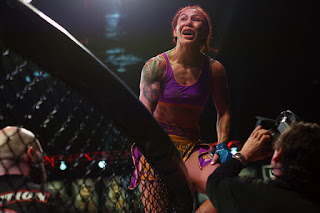 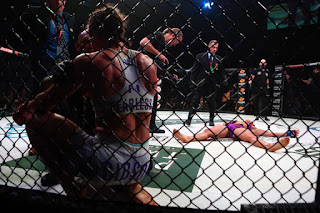 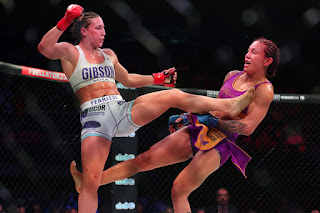 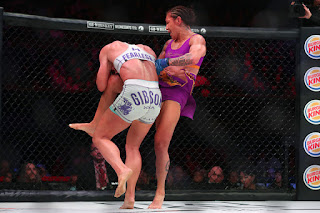 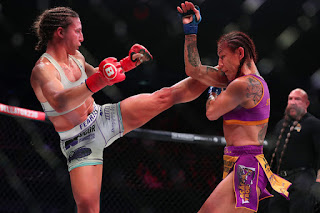 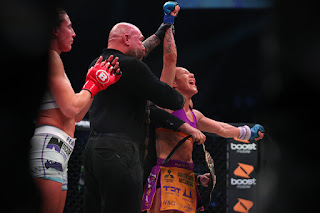 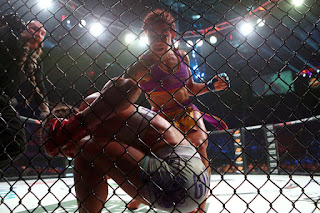 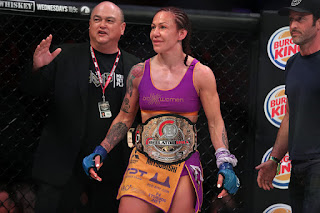 […] Cyborg made a switch to Bellator since her release and has since competed ones, defeating  Former champion Julia Dude at Bellator 238 to win the 145 pound title. […]