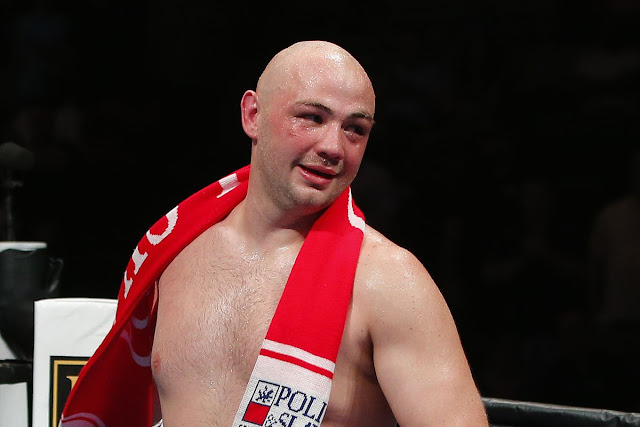 ↑ Grab this Headline Animator
Brooklyn native Adam Kownacki will get the honors of entertaining his Hometown fans when he takes on Robert Helenius in a WBA heavyweight Title eliminator in a night of Heavyweight battles and will serve as the headlining bout of a FOX PBC Fight Night and on FOX Deportes Saturday, March 7 from Barclays Center.

The card will also have Nigerian Heavyweight sensation Efe Ajagba in the co main event, while heavyweight prospect Frank Sánchez faces Philadelphian Joey Dawejko as they all feature in a 10 round showdown.
Adam Kownacki has gradually been progressing towards a title shot and has made that possible with his dedication an tenacity which has earned him knockout victories in five out of his last seven fights. kownacki was last seen in dismantling knocking out veteran contender Chris Arreola in August and before then , demolished Gerald Washington and won a very impressive unanimous decision victory over former world champion Charles Martin.

Helenius (29-3, 18 KOs) has won three of his last four outings and this will be his second fight after basically climbing the ranks and maintaining a high profile while fighting in mostly in Europe. The Finnish fighter knocked out Erkan Teper to climb up the Heavyweight ranks and went on to win six of his last seven fights, losing only to Dillian Whyte before losing his US debut to Gerald Washington. Helenius knocked out Mateus Roberto Osorio in his last fight back in November.
Undefeated Nigerian Ajagba (12-0, 10 KOs) has recently increased his level of opposition and has in each occasion dug down to earn his victory. Ajagba was dropped in his last fight against  Iago Kiladze but showed heart in getting off the canvas to win the fight. Before then He won a unanimous decision over fellow 2016 Olympian Ali Eren Demirezen.
Sánchez (14-0, 11 KOs) has did his fair share of work to stay unbeaten since turning professional in 2017 and defeated his first six opponents by knockout and won nine fights in 2018 with three knockouts and was last seen winning Jack Mulowayi via unanimous decision in October last year.