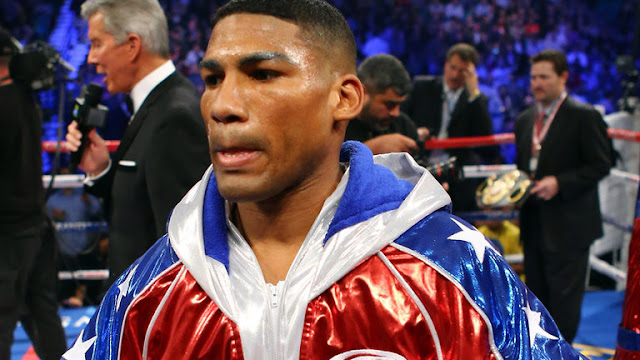 Yuriorkis Gamboa will be out to give answers about former two time featherweight titlist Gervonta Davis, when they both meet in an highly anticipated clash on the 28th of Dec. 2019 at the State Farm Arena in Atlanta.

Gamboa, a former Olympic gold medalist will be facing one of the toughest opponents in his professional career but maintains that this was one of the fights he targeted after defeating Roman Martinez in his last fight back in July.

“I feel great that that I have this opportunity to prove in the ring what I can do. This is a fight that can get me back to the very top of the sport. After I signed my contract and I beat Roman Martinez in July there were a number of names that came up as possible opponents that I could face in my second fight. One name that came up was Davis, so I took the challenge,” Gamboa said. “Obviously I have a huge edge in experience and I think the quality of opponents I’ve faced, versus his opponents, gives me another edge. Plus, the preparation I put into this fight. I really don’t see anyone outworking me. The work that I put into this fight gives me a big advantage.

WBO welterweight champion Terence Crawford defeated Gamboa via a ninth round KO back in 2014 and has since then viewed Gamboa highly tipping him as one of the toughest opponents he has faced in his professional career, having watched him win the first three rounds of the fight before being overwhelmed.

However, there has been a huge flair about Gervonta Davis’s power but Gamboa believes that isn’t new to him and acknowledges the fact that it’s going to be an tactically interesting fight.

“What power does he have that I haven’t faced? Without question this is going to be a great fight. There are going to be great moments of battle and a war, but at the same time, a lot of intelligence will be shown in the ring. So it’s a formula for a great fight and I think the fans are going to be pleased.  “I didn’t see Gervonta’s last fight on July 27 (the same night Gamboa fought last). I didn’t care to watch. I went to my dressing room, I waited to get paid, and then I went to my hotel. I didn’t bother to watch it.”

[…] Gamboa on Dec. 28th at the State Farm Arena in Atlanta in a Premier Boxing Champions event.Yuriorkis Gamboa might be his first opponent Davis meets in the lightweight division but remains the most experienced opponent he has faced in days. However, Davis’s trainer […]