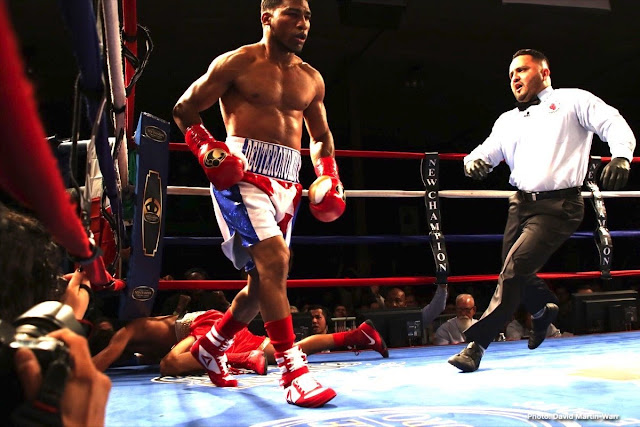 Yuriorkis  Gamboa brings to the Gervonta Davis fight an un-usual motivation. The death of the 1976 Olympic medalist and Cuban Boxing Legend Jorge Hernandez and his has dedicated this fight to him.

The former featherweight titlist will still be mourning the death of the boxing legend and will be fighting as an underdog when he takes in the Unbeaten Gervonta Davis at the State Farm Arena this Saturday 28th Dec. The boxing legend passed away earlier this month.

“Everyone knows what Mr. Hernandez meant to me,” Gamboa (30-2, 18KOs) said of his longtime mentor during a recent media conference call to discuss his Showtime-televised main event versus Baltimore’s Davis. “He was not only my trainer in Cuba, but he was like a second father figure to me, and his memory will always live with me. At the same time, I’m going to dedicate this fight to his memory and to his legacy.

The Cuban boxer believes he is totally prepared, having trained properly under the supervision of Pedro Roque, who had been his head trainer for his last two bout. He goes in intellectually improved for the fight and believes his victory over Davis will depend on his intellectual ability.

“My training has been excellent with the same trainer [Pedro Roque] I’ve had who trained me for my last few bouts. I’ve learned to be a lot more cerebral because at the end of the day, the cerebral part of the fight is what’s going to take me to victory on the night of December 28.”

Gamboa will be out with a huge point to prove for the fact that he is being seen as a huge Underdog despite his experience in the lightweight division and the fact that he is on a four fight winning streak. He has within his time as a professional became a two time Featherweight titlist and also a pair of interim World titles at junior lightweight and lightweight.

Yuriorkis Gamboa in his last outing took out Roman Martinez in just two rounds in the chief supporting bout of Gervonta Davis two round demolition of Ricardo Nunez in July. Before then Gamboa earned won a split decision over former title challenger Miguel Beltran Jr. and sees this fight as an opportunity to make his country proud.

“This fight definitely has some great significance to me, to be representing Cuban boxing and with what’s happened as of late,” notes Gamboa. “Not only with Luis Ortiz but also in prior fights where, some of my compatriots did not come through, with exception of Yunier Dorticos.
“This fight represents not only a victory for me, but it also represents a victory for Cuba, and a victory for all my people if I do come out with a victory.”