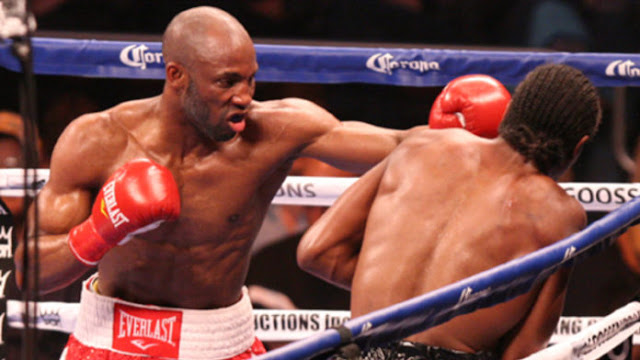 Ugás (24-4, 11 KOs) will be working his way to another world title fight, if he is able to impressively defeat veteran Dallas Jr. He had accumulated an eight fight winning streak before losing to Shawn Porter in his first title fight back in March.
After returning from his long layoff in 2016, Ugas has been one of the busiest Welterweight and accumulated wins over Omar Figueroa, Jamal James and Bryant Perreault  also veterans Thomas Dulorme and Ray Robinson on his way to the Porter fight.

Ugas is very happy to be returning back to the ring, promising action when he gets in the ring and also reserved some nice words for his opponent also revealing how focused he is ahead of the huge task.

“I’m very excited to be returning to the ring,” said Ugas. “This is a huge weekend for sports fans and I’m very motivated fighting one day before the Super Bowl. You know when you get a Ugas fight you get all action, all the time and I’m looking to put on a Super Bowl worthy performance. Mike Dallas is a smart tricky fighter with a lot of heart and I know he’ll be at his best. I’m fully focused on the task at hand but after I handle business, I want to fight the best welterweights in the world.”

Dallas on the other hand is on a five fight winning streak and was in the ring in October, when he defeated Morris Rodriguez. He has shared the ring with Lucas Matthysse and against veterans Josesito Lopez and Mauricio Herrera.