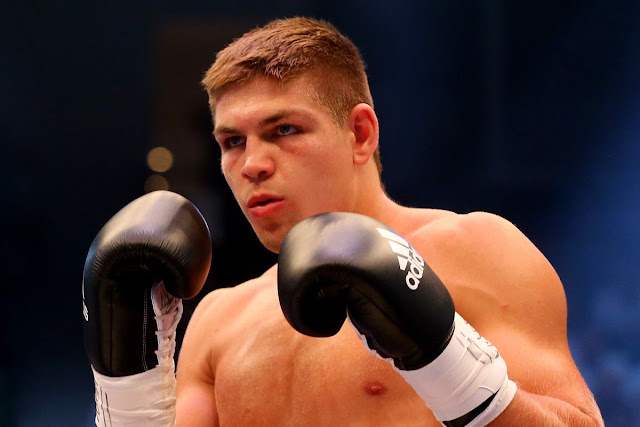 Knockout artist Feigenbutz has an 85% KO rate and takes it with him to the US when he hopes hopes to achieve the feet of German boxing legend Max Schmeling, who became the first German to win a world title in the United States. Feigenbutz blasted out Mauricio Reynoso in three rounds to win the WBA strap back in 2015 and rides into the fight on the back of a five fight knockout streak.

“It has always been my goal to box in the United States and conquer the country,” says Feigenbutz. “I’m not going over there to lose. My aim is to become the second German boxer after Max Schmeling to become a world champion in the USA.
“My dream is to restore German honour and bring back the belt that Sven Ottke and Graciano Rocchigiani once wore. I hope all of Germany will stand behind me!

The German goes into the fight as an underdog and admits he is going to be facing the toughest champion in the super middleweight division but is prepared to give Plant the toughest fight of his career and with the climbing difficulty of winning a decision in the US, The KO KING plans to knock out the world champion.

“I think Plant is the strongest of all the super middleweight world champions. I’m an underdog but I’m going to be Caleb’s most dangerous opponent. I know how difficult it is to win a world title on American soil so I have only one objective – knock him out!”

Celeb Plant dropped Jose Uzcategui twice on his way to a unanimous decision which earned him the IBF super middleweight title back in January 2019. He has since then defended the title ones with a three round demolition of the previously unbeaten challenger Mike Lee on Manny Pacquaio vs Keith thurman  undercard.
Despite Plant’s recent exploits Nisse Sualand, who has promoted Feigenbutz throughout his professional career believes that the heavy handed puncher is capable of upsetting odds against Plant in such an unfriendly territory.

“It’s fantastic that finally a German boxer has the chance to make history and bring the IBF world title to Germany,” said Sauerland. “We are very happy that we can give Vincent this opportunity and he absolutely deserves this fight!.
“Vincent has worked hard on himself over the last few years and despite being just 24-years-old, he has an impressive resume and plenty of experience. This fight is his big chance!”