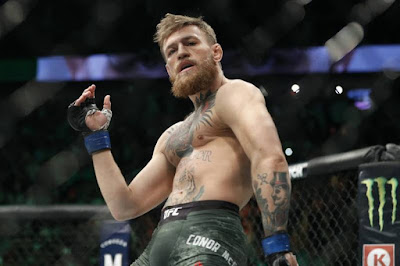 Conor McGregor Vs Donald Cerrone is one of the most anticipated fights of 2020 and many Fans, Trainers and Professionals have their own perspective or opinion on what the possible outcome of the UFC 246 headliner would be. However one of those you should take seriously will definitely include that of UFC lightweight contender Tony Ferguson.

Ferguson predicts a fire fight with both fighters firing their guns and giving their all but believes that a well targeted kick from Cerrone will send Conor McGregor tumbling to the Canvas and that might spell the end of the contest.

“I have to say, if Cerrone kicks him in the chops, McGregor’s going to fall like a ton of bricks,” Ferguson said. “But like I always say, I’m going to go for the double knockout. I think they’re just going to go in there guns blazing. It’s going to be a good fight. I can’t wait to watch it.”

Ferguson might be out of the race to face Conor McGregor in his return but will be in for a bigger price when he faces UFC lightweight Khabib Nurmagomedov in an bid to overthrow the champ three months after McGregor Vs Cerrone in a Pay Per View event on April 18 in New York.

The former two-division champion Conor McGregor will be hoping to get back in the winning side since defeating Eddie Alvarez in 2016. He has since then lost all the sanctioned fights, He has been involved in which include his lucrative fight with retired five division boxing champion Floyd Mayweather and His loss to Khabib Nurmagomedov in his return to the Octagon.

Donald Cerrone will be hoping to snap his two fight losing streak when he gets in the Octagon against Mcgregor. He last two losses include stoppage losses to highly rated contenders Justin Gaethje and Tony Ferguson.