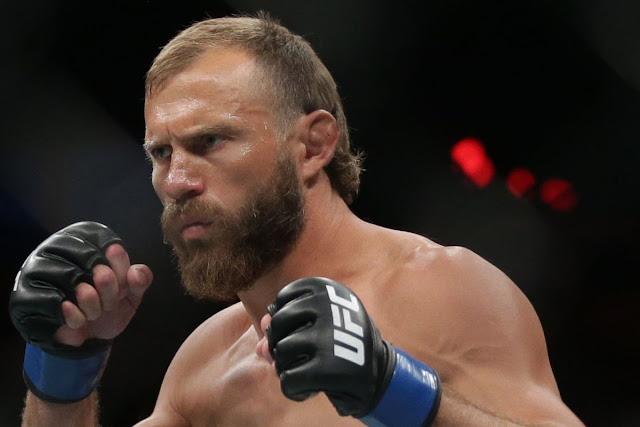 Donald Cerrone has fired back at critics of his fight with Conor McGregor at UFC 246   after many analysts conclude his fight with the Irish star is only but a step up fight ahead of bigger fights such as Khabib Nurmagomedov or Jorge Masvidal.

Conor McGregor hasn’t written off the 50 fight veteran in anyway documented in the media but there has been so much attention on McGregor and his future options in the future that little is even heard about “Cowboy”.

What actually upsets Cerrone is the recent rumors that he us being paid a huge sum of money to lose to McGregor, so as to make the super fights possible in future.

“Hell no, I’m not bowing down,” Cerrone told MMA Fighting. “There’s a bunch of sh*t going around, people keep telling me ‘I heard you’re getting paid to take a dive.’ There wouldn’t be enough money in the world for someone to pay me to take a dive. I could never look myself in the mirror if somebody paid me to take a dive. Sh*t, never happen.

“I’d rather fight for free than take money to f*cking lose. That’s not me. I’m going to fight my ass off like I do every time.”

The bases of these assertions are from The fact that Donald Cerrone is on a two fight losing streak which came against Tony Ferguson then against Justin Gaethje with many having the believe that Gaethje should have been the one to welcome Conor McGregor back from his long lay off.

“I’m still No. 4 or 5 or whatever the hell I am. It’s not like I’m getting beat up by bums, somewhere down there getting tumbleweeded in the rankings pool,” Cerrone said. “I don’t know where I’m sitting but I’m still at the top of the list.”

Conor McGregor has not had a win since 2016 after which he lost a boxing match against Conor McGregor and after that lost a UFC lightweight championship fight against Khabib Nurmagomedov in his return to the Octagon.