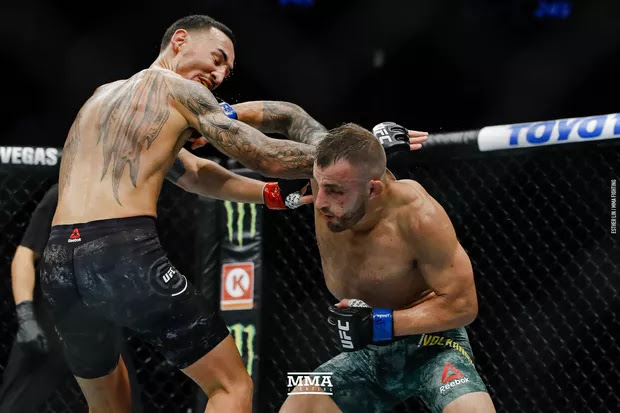 Alexander Volkanovski made no mistake on his promise, dethroned long reigning featherweight champion Max Holloway via unanimous decision to become the new featherweight king at the T-Mobil Arena on Saturday night. Volkanovski handed Holloway his first loss at featherweight, since losing to Conor McGregor seven years ago. The Australian gradually broke down the champ with leg kicks all through the five rounds earning a 48-47, 48-47 and 50-45 on the scorecards.

“This is what we do. I’ve got the good fight IQ and I got the job done. I’m going to stay champion for a long time,” Volkanovski said afterwards.

Volkanovski for most of the fight, continously targeted the Champions legs and even when the stance was changed to Southpaw, he just changed the direction of attack. However, Holloway only started connecting some combination shots in the towards the end of the second round.

Holloway is known for working down his opponents with chubbing shots but this wasn’t effective as Volkanovski had already finished his foundations and hampered his movement. To add to it, fighting out of a southpaw stance wasn’t ideal for the champ but was the only way as his legs were incredibly damaged.

By the final round, Volkanovski had already won the fight, outstriking the champ in all the rounds. Landing a total of sixty-five kicks and that added to his overall numbers. 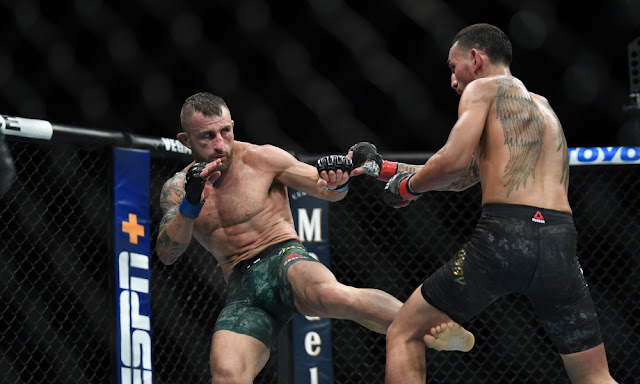