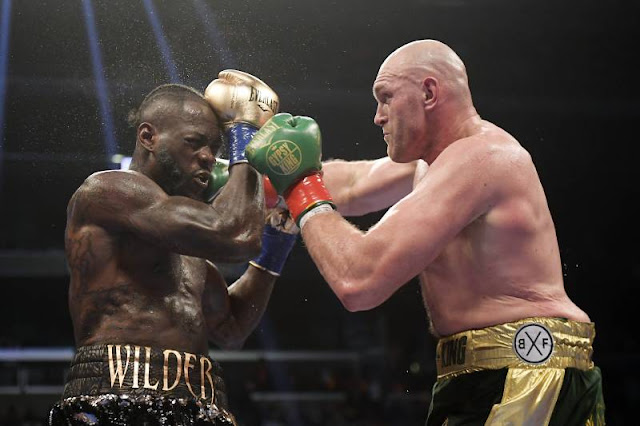 Tyson Fury’s Head Trainer SugarHill Steward believes that Tyson Fury is capable of handing WBC heavyweight world champion Deontay Wilder his first professional career defeat, when they both meet in their highly anticipated rematch on the 22nd of February.

The two Heavyweight giants battled to a twelve round controversial split draw in their first fight back in December, 2018. fight that looked as though the Brit will win the fight with huge margins till Wilder leveled the fight in the eyes of the Judges with two brutal knock-downs in the ninth and twelveth round respectively.
Fury while preparing for the rematch against Wilder has replaced his Head trainer Ben Davison, who has trained the former world champion since his two year layoff as reported earlier this week and ahead of his first fight in-charge admits that a knock out victory for Wilder is also in his plans for the Wilder rematch.

“It’s the Kronk style, so it’s not hard to figure out. What did Emanuel like the most? If you know that answer, you know the plan Tyson spoke about. It’s so simple, you could miss it,” Steward told Sky Sports.
“Both guys are big punchers but Wilder is bigger, he is a beast of a puncher. But one punch changes a fight and this is why the heavyweights are the big daddies of them all. [A knockout] is always the plan. Why think anything less?

However , he admits that Fury is very serious about improving his technique and siting it as one of the causes of the changes in the Fury Camp. He said that will be the teams primary focus, though admitting the whole change in the camp happened so fast to him.

“He wanted a trainer who was technical. He wants to be very technical. We will work on his technique. These are the characteristics he was looking for when he called me, and I fit the description. It all happened so fast. Initially he spoke to me about coming into camp, then I heard Ben Davison is gone and I’m the head trainer.”