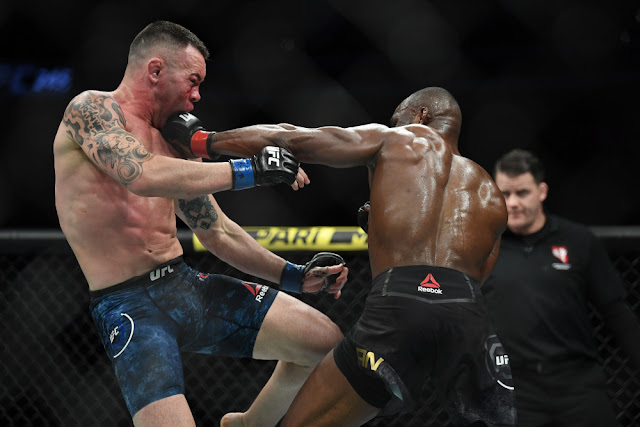 Colby Covington gave his all in the back and forth fight but came up short in the fifth round, when the champion proved his championship resume, battered and stopped the challenger, who was reported to fighting with a broken jaw.

Covington attracted praises from the Fans and professionals for his heart and willingness to continue despite the injury. However, one person not impressed by any of the fighters is former champ Tyron Woodley and voiced it out during an interview on The Hollywood BeatDown.

“Kamaru won the fight, broke Colby’s jaw. Colby I thought was winning the fight by a little small margin,” Woodley said on “The Hollywood Beatdown.” “Wasn’t impressed, my man. I was really disgusted. I want to throw up, the fact that I lost to Usman.”

Before the fight, both fighters were known for their grappling and were expected to do more grappling but both surprised every one with their approach to the fight, with none hitting the canvas till the fifth round when Usman dropped him twice during the build up to the stoppage victory. Their toughness was all Woodley commended and gave them no credit for techniques as they just got hit by every coming blow according to him.

“If I would have punched Colby, he may be on life support right now,” Woodley said. “Like when I’m looking at how many punches those guys took, I was impressed with their durability. I was impressed by the fact that they kept doing it over and over again.
“But as far as IQ, moving your (expletive) head maybe to the side so the punch misses your head, I didn’t see a lot of that. I was surprised I didn’t see a lot of wrestling, I thought I was going to see a lot, a lot of wrestling.”

Concerning fighting with a broken Jaw, Woodley gave Covington no credit for fighting with the injury, citing injuries in his previous fights against Kelvin Gastelum and Demian Maia  that ended that ended with victories for him.

“I just don’t like when people try to give unnecessary savage moments. Yeah, he broke his jaw. ‘Oh, he broke his jaw in the second round, and he kept fighting.’ But you lost,” Woodley said. “How many times have I felt … broken my foot against Kelvin Gastelum and tore my shoulder against Demian Maia or (expletive) my hand up against Darren Till. I still won. That’s the difference.”
“(Expletive) both of them. I don’t really want to give them no love. I don’t want to give them no clout.”

Kamaru Usman defeated Tyron Woodley via a one sided unanimous decision ,winning every round en route to the victory that also earned him the UFC Welterweight Title back in March 2019. 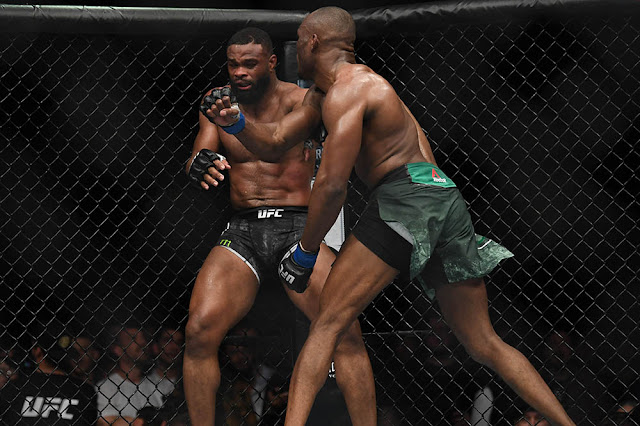