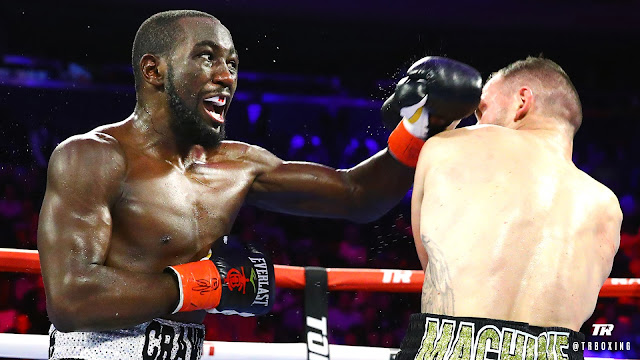 Crawford, who with the win remained unbeaten, improving to 37 – 0 with 27 KOs while handing Kavaliauskas (21-1-1, 17 KOs) his first professional career defeat. The champ from Nebraska went through some tough early rounds as the Lithuania’s Kavaliauskas made the fight tougher then expected for the champion.

The fight got waved off by referee Ricky Gonzalez 44 seconds into the ninth round, after the watching the mandatory challenger hit the canvas twice in the ninth round after being dropped ones in the seventh round.

Both fighters started slow in the ring with no meaningful punch landed in the first round. However, the action kicked off in the second with Kavaliauskas landing a good left right combination on Crawford with 40 seconds left in the second. The third round was more of Kavaliauskas, who connected a huge right rocked the champion and while Crawford tried to hold, he slipped and touched the canvas.

The Crawford slips wasn’t counted as a Knockdown because Kavaliauskas punch didn’t directly send Crawford to the canvas. After the first three rounds Crawford went for the trade in the fourth but the challenger was still able to land a straight right hand on Crawford before the round ended.

Crawford came alive in the fifth, backed up his challenger for most of the round and in the sicmx round knocked Kavaliauskas off balance with the challenger increasingly finding it difficult to connect on the champ. Early in the seventh round, Kavaliauskas snapped Crawford’s head backwards with four punched but was sent to the canvas by a huge right late in the round.

The Champ then appeared to hurt Kavaliauskas in the eight round but couldn’t finish him off before the bells. Crawford continued where he stopped in the ninth round, dropped his challenger with a right hook and after his mandatory challenger got to his feat, sent not him down a gain with a  left hook and that was enough for the referee. 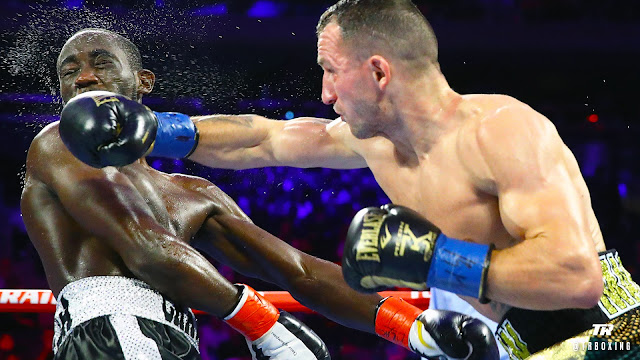 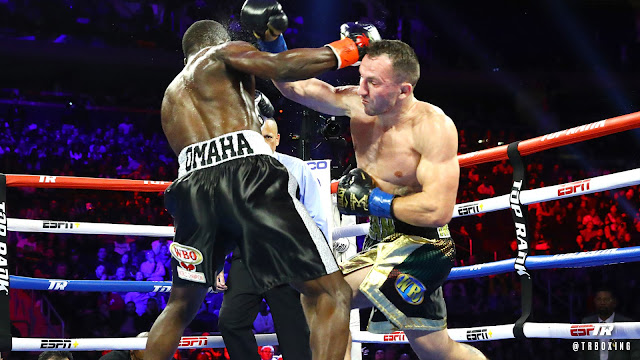 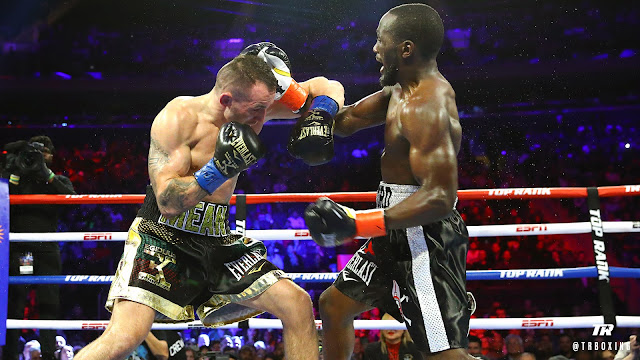