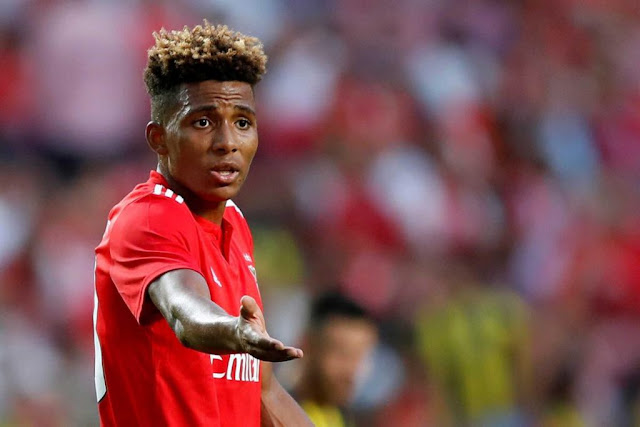 Manchester United have plans to get 2020 going with a bang and to make that a reality, have identified 20 year old Portugal international Gedson Fernandes as one of their primary targets ahead of the January transfer window.

Fernandes has been absent in Benfica’s last seven games and has been assumed to have lost favor in the sight of head coach Bruno Lage. This has forced his representatives to go on a search for interested clubs, a adventure that reportedly sent them to England in search of a loan deal.

Fenandes presently has a 103m pounds release clause, which will definitely be an issue as the player is currently out of Favor at the club. Benfica has also admitted, it will be ridiculous to get such an amount for the player.

Man United boss Ole Gunnar Solskjaer has also confirmed the club will be looking out for players who fit the clubs long term plans during the January transfer window and Fernandes actually fits the bill due to his age.

Manchester United defeated Burnley 2Nil in their Premier League visit to Turf More on Saturday. A win that sent the Red Devil’s fifth on the Premier League table and will now shift their focus to fellow league contenders Arsenal, whom they face on Wednesday. January 1st, 2020.