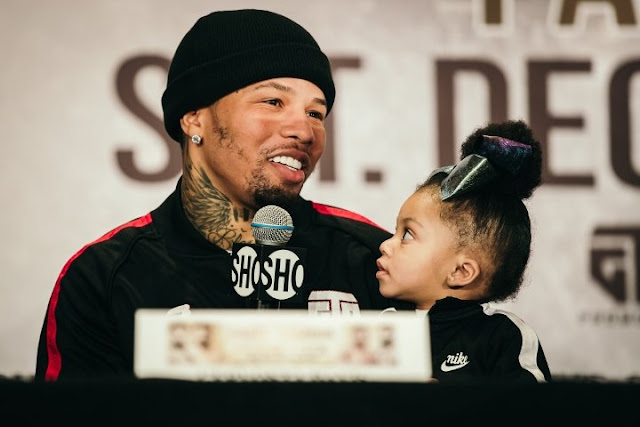 Gervonta Davis has dumped his super featherweight title for an adventure in the lightweight division this Saturday against the very experienced Yuriorkis Gamboa at the State Farm Arena.

The 38 year old Gamboa, will be hoping to impose his superior experience on Davis and has openly claimed, he hasn’t tried and has no interest watching the younger fighter’s previous fight. A decision Davis believes is a very big mistake.

“Gamboa’s a great fighter. The experience in the ring, I have it too. So it’s going to make for an exciting matchup and one the fans won’t want to miss. I’m a must-see TV. I think it’s a mistake that [Gamboa] didn’t watch my last fight in July. Saturday night we’ll see just how much he’s been studying me.”

Davis actually admits that his style suits Gamboa but all he actually cares about is a win and is definitely a “more mature and focused fighter” training under his Father figure Calvin.

“All I’m worried about is getting the ‘W’. Each fight, I’m breaking records that are meant to be broken. I’m breaking them with each fight and Saturday night at State Farm Arena the fans will be the real winners,” Davis said.
“My skill set suits a fighter like Gamboa. My mindset right now is just so focused. I know exactly what I have to do in there on Saturday night. I’m a more mature and focused fighter.
“I have a great team around me. Calvin is like a father to me and he’s watched me develop as a fighter and he believes this fight will bring the best out of me.

Davis and Gamboa will hit the scales today to fulfill the nessesary requirements of a lightweight fight. The unbeaten Davis ownes a record 22 wins with 21 KOs, while Gamboa has 30 wins, 2 losses and 18 KOs.