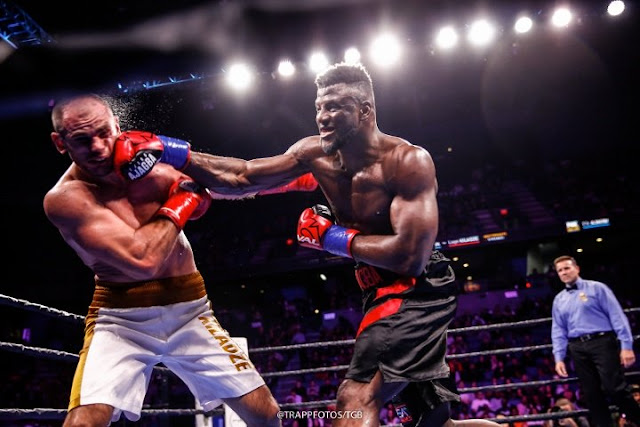 Efe Ajagba produced a very exceptional performance against Lago Kiladze, recovered from a third round knock down, battered and stopped him in the fifth round on the Harrison Vs Charlo rematch on Saturday Night at the Toyota Arena.

The Fight was stopped after kiladze’s trainer threw in the towel to prevent his courageous student from taking some more beating from the Nigerian knockout artist. Thomas Taylor, who officiated the fight stopped the fight at exactly 2:09 of round five after Ajagba, who had also dropped Kiladze in the third round, dropped him again in the fifth and landed many unanswered punches to the head.

The 2012 Nigerian Olympian Efe Ajagba, improved to 12-0, 10KOs with the win and was fighting for the first time since handing Turkey’s Ali Eren Demirezen (11-1, 10 KOs) his first professional loss via unanimous decision back in July 20 at MGM Grand Garden Arena in Las Vegas.

Kiladze had been stopped three times before his fight Efe and it looked more likely to end with a knockout even before the opening bell, having knockout losses to Adam Kownacki, Michael Hunter and Joe Joyce in three straight fights back in 2018.

Ajagba continued doing the work but was forced backwards early in the second round by a right hand but while moving backwards landed a right that sent Kiladze crumbling to the canvas. Kiladze however, beat the count and was able to finish the second round.

Kiladze dropped Ajagba in the third round. Ajagba wobbled Kiladze in the final minute of the third round but backed away, thinking that was enough to drop the Georgian native but that wasn’t the case as He remained on his feet and also connected several telling blows which eventually dropped Ajagba for the first time in his professional career.

Efe Ajagba landed a big right hand mid way through the fifth round and that dropped Kiladze but not out, He courageously got up and tried holding off the Nigerian before his trainer threw in the towel to end the fight. 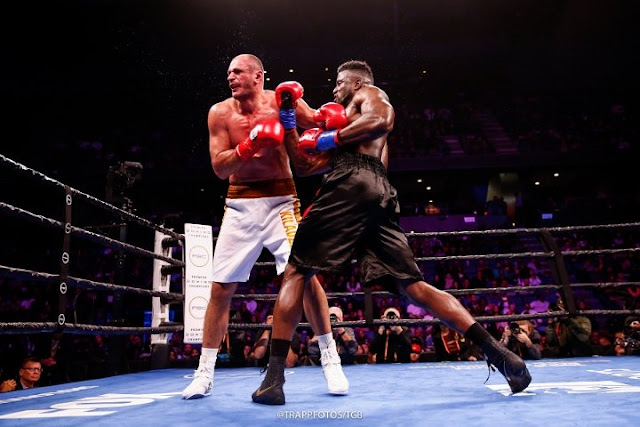 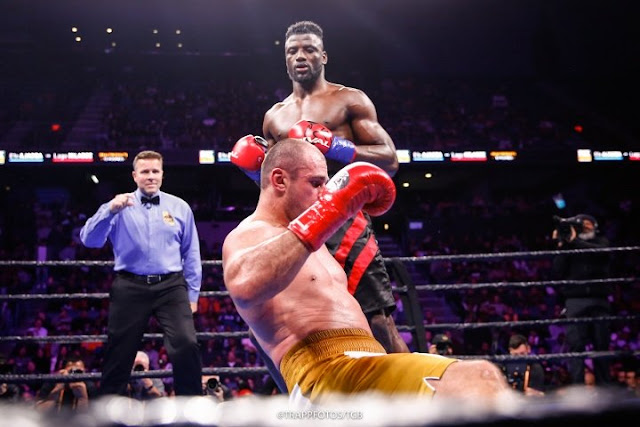 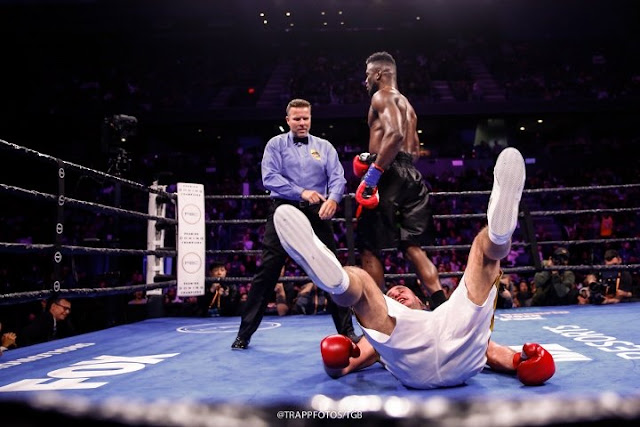 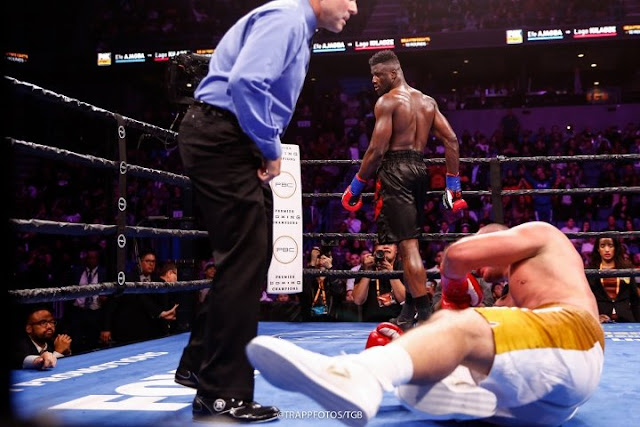 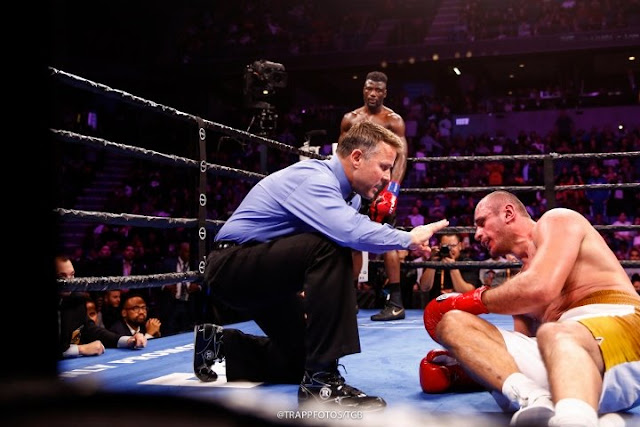 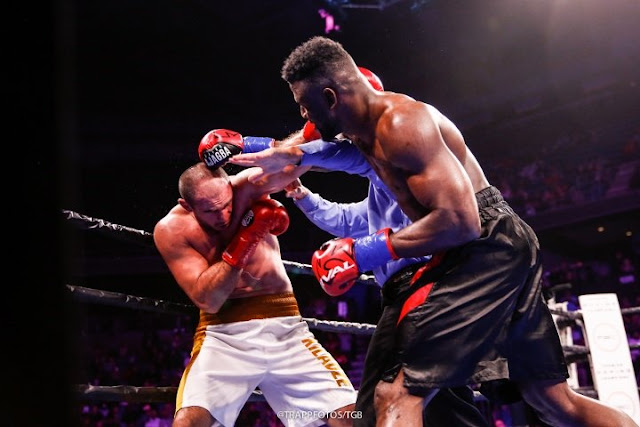 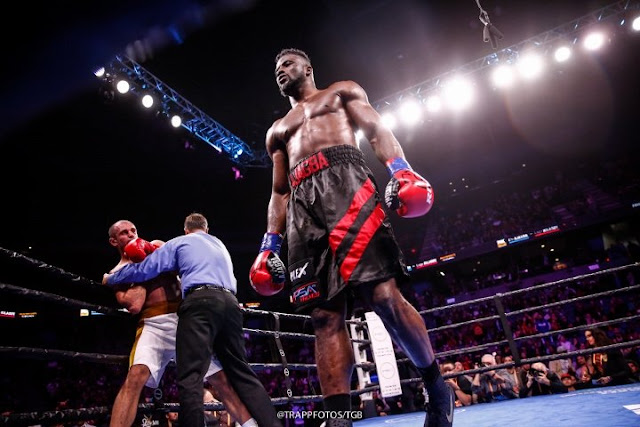 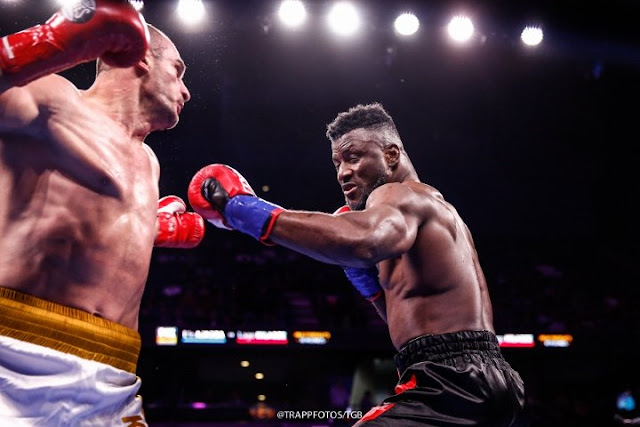 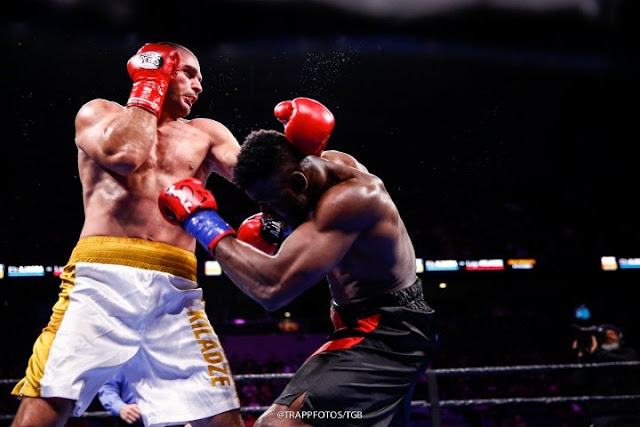 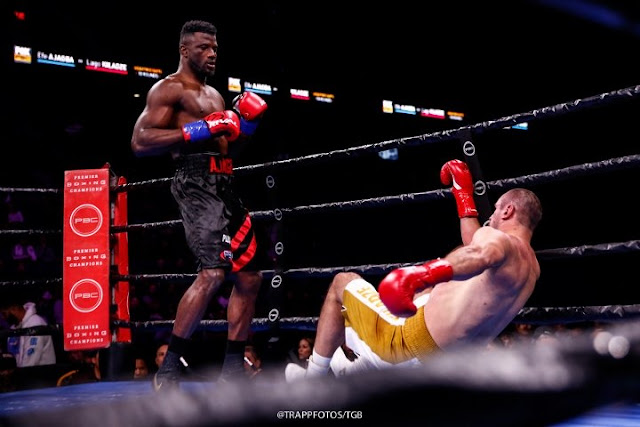 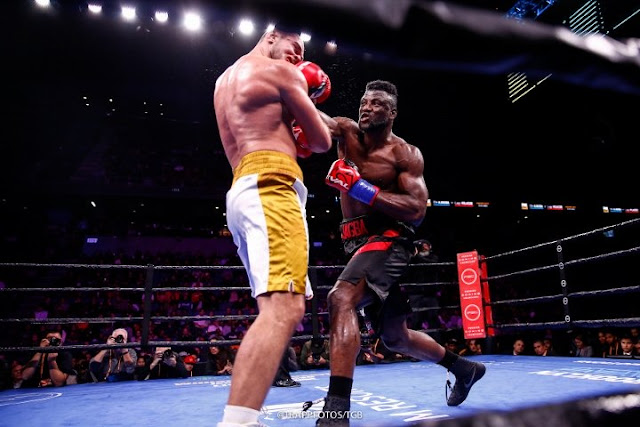 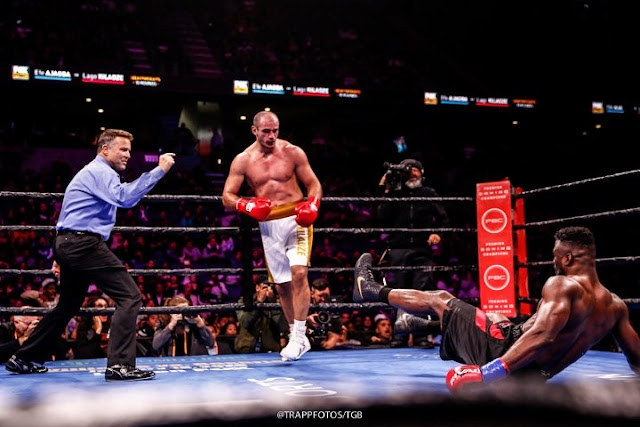 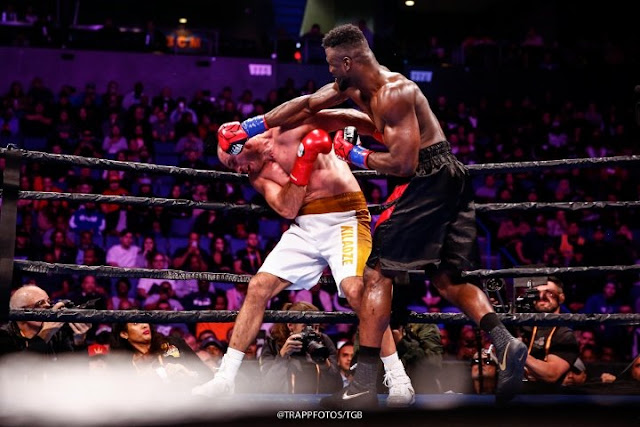 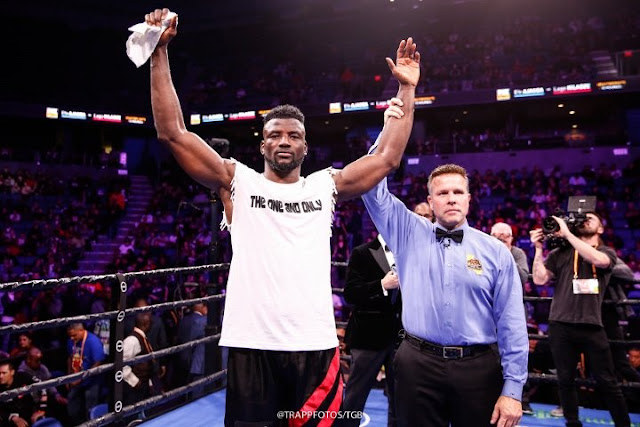