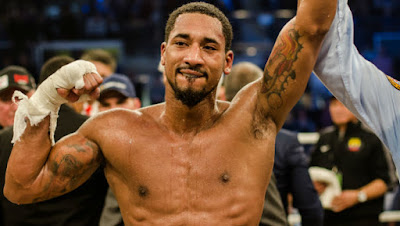 WBO middleweight champion Demetrius Andrade  will finally be making his return to the ring against Ireland’s Luke Keeler on Jan. 30 from a makeshift Verizon-sponsored venue Live from DAZN. The fight was announced by World Boxing Organization (WBO) on Thursday its annual convention in Tokyo, Japan.

“Andrade will fight Keeler in a voluntary (title defense),” Francisco ‘Paco’ Valcarcel, president of the WBO declared during the convention. “We will allow that. The winner of that will be ordered to face the mandatory challenger as designated by the WBO.”

The Unbeaten middleweight titlist will be attempting to defend the WBO strap for the third time since defeating the previously unbeaten Walter Kautondokwa last October to win the title. Andrade was initially scheduled to face Billy Joe Saunders, who got suspended for testing positive for a banned substance Oxilofrine during a Voluntary Anti-Doping Agency (VADA) pre-fight random drug testing.

Andrade has gone on to make two successful defenses since gaining the belt and most recently won a decision over Maciej Sulecki back in June and has since then been trying to land a lucrative fight with middleweight king Canelo Alvarez and IBF Champion Gennady (GGG) Golovkin which has so far failed to materialize.

Luke Keeler, a slugger from Dublin is ridding on the back of an eight fight winning streak and will be going into his first title fight in his first trip out of Europe. his last outing ended a 10 fight unanimous decision win against Luis Arias back in August, Belfast, Northern Ireland.