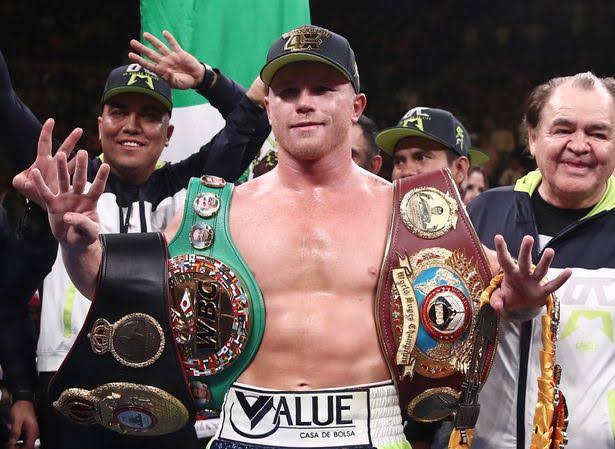 The information was released by Golden Boy Promotions on Tuesday through a press release. Canelo knocked out Kovalev in the eleventh round of their scheduled 12 round bout on November 2nd at MGM Grand Garden Arena in Las Vegas.

Canelo Alvarez went up two weight classes to face Sergey Kolalev and the fight was very competitive before Canelo landed a huge right hand that knocked Kovalev unconscious in the eleventh round.

“I know that my accomplishments in the ring have brought pride to my fans and my country,” Alvarez said. “I have long enjoyed my relationship with the WBO and appreciate all they do to preserve and enhance the sport of boxing. This agreement allows the WBO to have its light heavyweight title contested regularly and allows me to pursue bouts against the best opponents, regardless of weight class.”

However, the 29 year old will be dropping down either to Super Middleweight, where Champions David Benavidez (WBC), Billy Joe Saunders (WBO) and Callum Smith (WBA) have all expressed interest in a possible fight or back to middleweight where a trilogy against Gennady “GGG” Golovkin looms in the horizon while WBC Champ Jermall Charlo and Demetrius Andrade, the WBO champ, could be good draws.

The Four division champion has won titles at junior middleweight, middleweight Super Middleweight. However at 168, the critics argue that Canelo only won a secondary title