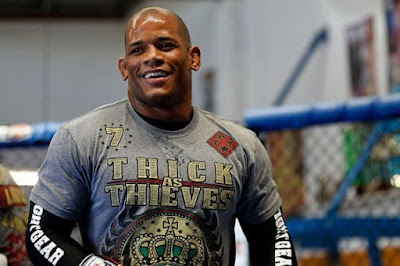 Hector Lombard will be making his Bare Knuckle fighting championship debut against Joe Riggs at BKFC 10, an event scheduled to take place on Feb 15th, as announced by the promotion official on Monday.

The former Bellator Champion, Lombard (34-10-1 (2 NC)) will be fighting in his first Bare Knuckle fight since signing for the promotion back in October and will be hoping to snap a seven fight win-less run that dates back to March 2014, when he defeated defeated Jake Shields by unanimous decision at UFC 171.

The 37 year old UFC veteran Riggs 51-18-1 (1 NC) record, is presently unbeaten in Bare Knuckle after four appearances and will be looking for his third win under the BKFC banner. He most recently battles Walber Barros to a draw in June.

Riggs is presently 3-0 in 2019 and was last seen knocking out UFC veteran George Sullivan in the third round of their meeting in October 2019. He has been competing internationally on a regional scale and has accumulated a 9-1-1 record, dating back to 2016.