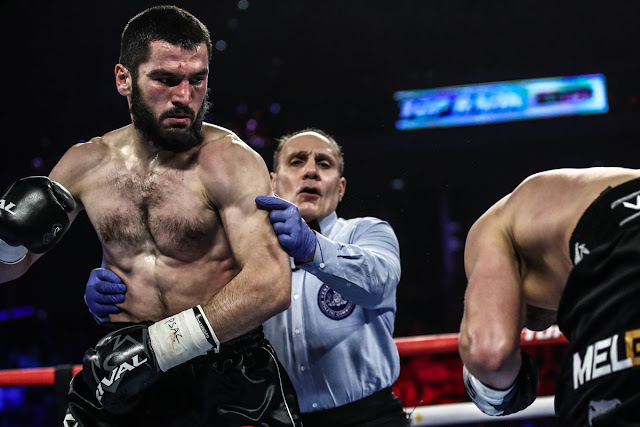 The International Boxing Federation has ordered a purse bid for the fight between IBF lightweight Champion Artur Beterbiev and Fanlong Meng, as both parties have failed to reach an agreement within the 30 day negotiation period. The date 30th December 2019 and will be taking place at IBF headquarters in Springfield, New Jersey.

The unification bout was allowed by the IBF with an agreement that his next bout will be their mandatory defense. Beterbiev’s promoter Top Rank has been in negotiations with ROC Nation, the promoter of Chinese unbeaten contender Meng since in November but both sides have failed to reach an agreement and the IBF will now be throwing the bout out to other promoters.

An agreement is still yet to be reached concerning the date and location but the initial plan was to host the fight in Beterbiev’s adopted Country Canada. However, this might still stand as both teams still have up until 30th to reach an agreement. If not a decision from the purse bid could influence the choice of date and location.

“Well, it’s getting late real early,” Carl Moretti, vice president of operations for Top Rank told BoxingScene.com. “We still hope to make a deal by the time the purse bid date comes around after the holiday. If not, then so be it.
“We have a couple of dates, and sites, where we can place the fight.”

Meng (16-0, 10KOs), just like Beterbiev competed in the London 2012 Olympics but came up short via a unanimous decision loss to the eventual Bronze medalist Yamaguchi Falcao. After three years away from the ring, he turned pro and has since risen so fast, reaching the mandatory spot in just his 15th fight. He was last seen in June, when he won a decision over Adam Deines.

“We had been in negotiations with Top Rank for past month or so, the negotiation period ended without us being able to make a deal,” Roc Nation’s Dino Duva explained to BoxingScene.com. “We can still possibly make a deal prior to purse bid happening, just have to see how it develops.
“Whatever way fight gets finalized either through deal or purse bid- it will occur in late March/ early April and we expect it to be unification for IBF and WBC titles.”

The fight will be Beterbiev’s fourth defense of the IBF Belt and the first for the WBC title, as the fight will have both belts at stake