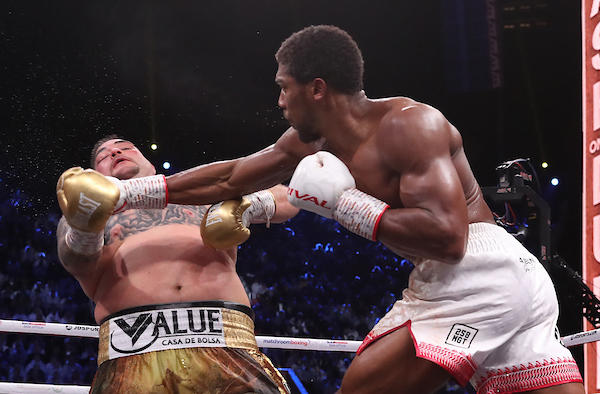 Anthony Joshua saw his titles slip away from his grip back in June 1st when Andy Ruiz Jr. came into the fight as a late replacement and dropped him four times to defeat him. He learned from his mistakes in that fight and was able to implement a strategy that ended up earning him a revenge for the lone loss in his professional resume.

Joshua actually boxed smart throughout the twelve rounds in the Rematch and was able to earn himself 119-109 and 118-110 twice on the scorecards in the fight streamed exclusively on Skysports in the UK and DAZN in the US.

The loss on Joshua’s record threw him back to the basics as he even in appearance showed he was totally prepared for the showdown. Joshua came in eleven pounds lighter than he was in the first fight while Ruiz came in a Stone heavier.

Joshua fought mostly from the outside using his jab for most of the fight, a technique that gave Ruiz little or no chance to engage. Joshua made his intent known with a huge right in the opening round which opened up a cut on Ruiz in the opening round.

Ruiz was able to return the favor in the second round but still couldn’t stop Joshua from dominating the fight and winning the rounds.

The third round in this fight didn’t come close to registering a knockdown while the first fight registered three. Joshua used his jab coupled with lateral movements while Ruiz was mostly the aggressor but failed to cut into Joshua’s defense throughout the fight.

Andy Ruiz Jr. now has to professional losses and both have been from title fights. First against Former WBO champion Joseph Parker and This. He now has a 33-2 (22KOs) record.

[…] final between Callum Smith and George Groves and have recorded some huge success in the Ruiz – Joshua Rematch , which saw Joshua reclaim his IBF, IBO, WBA and WBO heavyweight titles … in […]