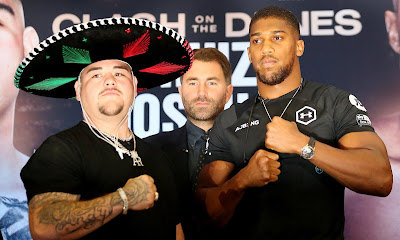 Before the first fight back in June 1st, very few tipped Ruiz Jr. to defeat the then heavyweight ruler Anthony Joshua even by decision but he was able to pull off a huge upset, knocking the Brit down four times en-route to a seventh round stoppage. Among the few who believed in Ruiz was the only other heavyweight titlist Deontay Wilder and this time, the “Bronze Bomber” backs him to repeat that feet.

“Andy Ruiz,” unbeaten heavyweight titlist Deontay Wilder (41-0-1, 40KOs) told BoxingScene.com and other reporters when asked who he’s rolling with for the Dec. 7 rematch in Diriyah, Saudi Arabia. “I liked him in the first fight with Joshua and I like him in the second fight as well.

“In my opinion, it’s an even more bigger fight between the two, you know. Especially how he won the first time.”

After conceding his first loss, Anthony Joshua decided to opt for an immediate Rematch, a decision Ruiz Jr. actually kicked against at the negotiation table due to location and a few misunderstandings between the two camps, till been persuaded financially to accept the fight in Saudi Arabia.

Deontay Wilder will be defending his heavyweight crown against Cuban Southpaw Luis Ortiz (31-1, 26KOs; 2NCs) in a rematch on Nov. 24th, which is two weeks from the Ruiz Jr. Vs Anthony Joshua Rematch and this revives the hopes of a possible Undisputed Fight next year as Ruiz Jr. like Wilder Is also been promoted by PBC. 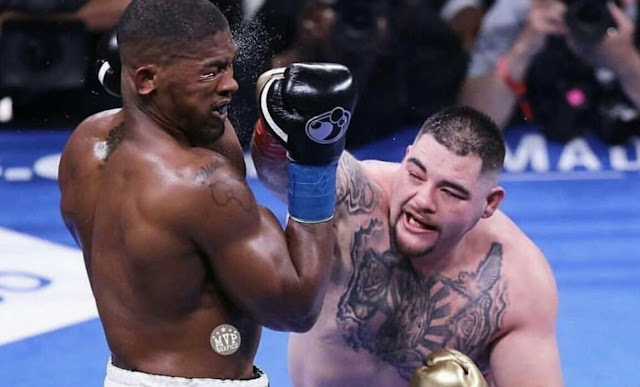 According to Wilder, his team tried every thing in their power to reach an agreement for an Undisputed fight with Anthony Joshua but all their efforts failed but in this case, a win for Ruiz Jr. will make it much more easier to negotiate a fight for Undisputed status.

“With Joshua we tried many, many, many times to get that fight to unfold, to make that dream fight happen for the fans,” insists Wilder. “To unify the division and have one champion. As you can see, that was a long process, a process where, you know, we had different mile markers being stretched. Once we completed (one mark), we had to do something else, do this, do that, you know what I mean. It was a lot.
“It’s a gladiator’s sport, it’s a man’s sport. I’m a man and I don’t have time for games. Being that Ruiz is under the same stable as I… it’s a much easier fight to make, and in my opinion a much more exciting fight.”