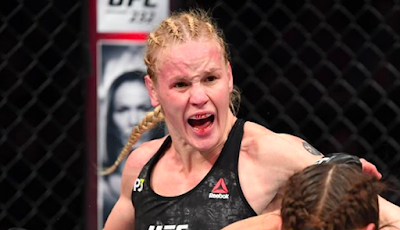 UFC womens flyweight champion Valentina Shevchenko will be making her return to the octagon against fast rising contender Katlyn Chookagian in a UFC event slated to take place in Houston Texas, February 2020.

The information which was carried by numerous sources, including ESPN on Thusday hasn’t been officially announced by the UFC or any other fight that’s set to also go on the card, which is actually supposed to be on pay-per-view.

Valentina Shevchenko is currently unbeaten in the UFC and has a 4-0 record, which includes two title defenses, a reel highlight knockout win over Jessica Eye Back In June and was last seen defending Her title against Liz Carmouche, a fight she won via a one sided five round unanimous decision.

The challenger Katlyn Chookagian gets the chance at the Women’s UFC Flyweight title after accumulating a 4-1 record in the UFC Octagon which also includes wins against Joanne Calderwood, Jennifer Maia, Alexis Davis and Mara Romero Borella in the division.

Chookagian will now be nurturing plans of causing an upset and becoming a champion, when she takes on the Champ Shevchenko in the title fight which is rumored to be among the Pay-Per-View event slated for February 8th at the Toyota Center in Houston, Texas. 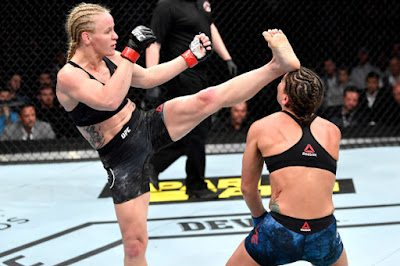