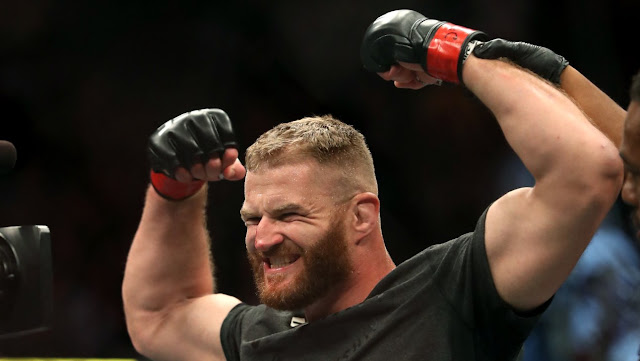 Polish fighter Jan Blachowicz was actually the winner of the forgettable fight with Ronaldo “Jacare” Souza in the main event of UFC Sao Paolo, which saw each fighter remain in the first gear for the through five rounds.

The Fans actually had little interest in the fight and preferred fiddling with their phones after the first three rounds both fighters tactically bored them with little action inside the Octagon.

The win for Jan Blachowicz meant, he was now back to winning ways after the devastating loss to Thaigo Santos but his performance didn’t prove to the Fans that he was a better fighter than that of the loss and might less likely recommend him for a title shot, however he humbly asked.

“I want someone from the top,” Blachowicz said. “Maybe a title shot. Why not? Jon (Jones), let’s do this. Give me the title shot because I don’t have the time, maybe three more years. Now or never.”

During the last two rounds of the fight Souza was mostly the aggressor and forced Blachowicz to fight on the back-foot pressing and cornering him up on the cage. However, that was just all he could do with his position.

Blachowicz constantly made use of counters to reduce the pressure and in few occasions almost landed that big telling blow with his attack with calf kicks and body attacks. Blachowicz landed a very good upper-cut that shocked and wobbled Souza but wasn’t ableato finish him off, much to the disappointment of the anticipating crowd at the Ginásio do Ibirapuera. 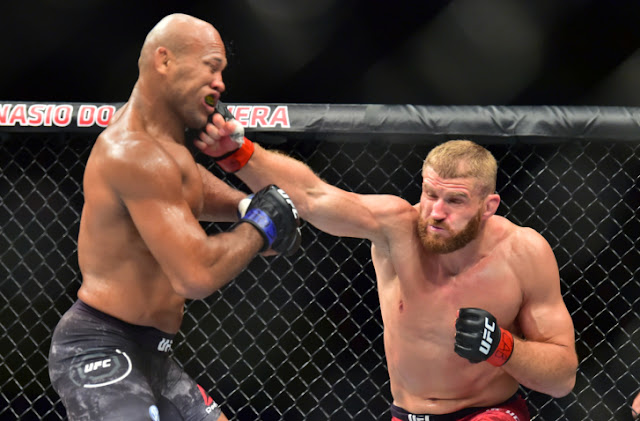 Blachowicz suffered a swollen leg during the fight but Souza was hesitant to attack the legs despite being screamed at by his coach to attack. After the fight, he claimed to still be recovering from an illness he go during the buildup road the fight and lamented the decision loss.

“Every time it’s a tough fight, it’s a close fight, they never gave me the win,” Souza said.