Skip to content
HomeSports NewsForeman Tips Wilder Vs Fury Rematch To Be G.O.A.T

Foreman Tips Wilder Vs Fury Rematch To Be G.O.A.T 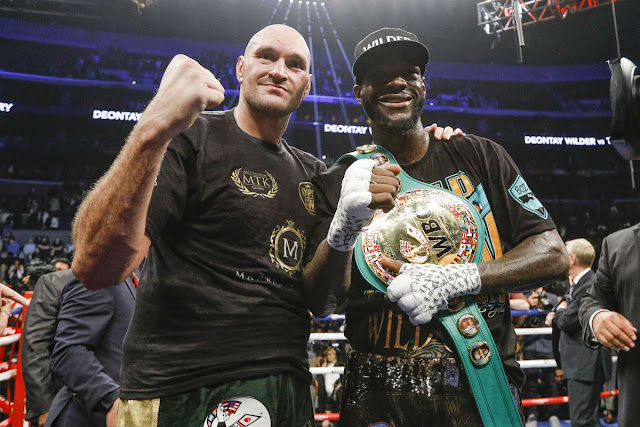 Deontay Wilder and Tyson Fury will meet again in a rematch on the 22nd of February at the MGM Grand Arena and the winner, according to Hall Of famer and former Heavyweight champion George Foreman will determine the Greatest Of All Time.

Wilder and Fury battled to a controversial split draw in their first fight, which saw Fury outbox Fury with huge margins but equalized by two huge knock downs by Wilder in the ninth and twelfth round.

Foreman has been a huge admirer of Deontay Wilder and Tyson Fury. Last Week with witnessed the demolition of Luis Ortiz by Deontay Wilder in the seventh round of their Rematch.

For now the former champ believes Wilder is good but can’t see him fall in the the G. O. A. T. list and thinks he could only make it into the list if he wins a big performance.

“For me, he has to have a performance like Mike Tyson did over Trevor Berbick. Boy, when I saw that, I was down visiting Vegas, and I thought, ‘This guy is a nightmare!'”

However, the Legend believes that the clash between the two huge fighters will decide who can be considered as an all time great.

“I think the Deontay Wilder and Tyson Fury rematch would be one of the greatest of all time. Not just today, but of all time,” Foreman said.

The win against Luis Ortiz draws Deontay Wilder leveled with Mohamed Ali, as the