Deontay Wilder Warns Luis Ortis – Be Careful In The First Round 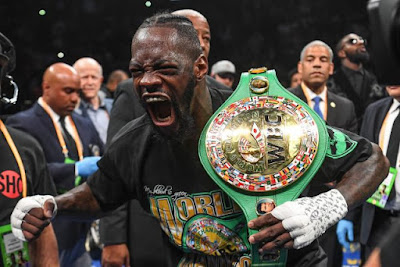 WBC Heavyweight champion Deontay Wilder says he was struggling with illness while preparing for the first fight with Luis Ortiz back in March and this limited his performance but this time promises a more devastating finish.

Wilder stopped Luis Ortiz in the tenth round on March 3rd to retain his WBC Heavyweight strap after struggling through some serious trouble in the seventh round. This raised some question marks about Wilders chin, questions which he seems ready to answer when he gets in the ring against Luis Ortiz in a rematch this coming Saturday at the MGM Grand Arena.

“I’m looking to beat Ortiz in even more dramatic fashion. When we fought the first time, I had a bad flu. I could have called off the fight but I want to be able to do things that other fighters shouldn’t or wouldn’t do,” Wilder said.

Wilder acknowledged the fact that Ortiz is a great fighter, experienced and definitely will learn and make adjustments to his game ahead of their second encounter and will be making big adjustments too.

“With Ortiz we know that he’s a smart fighter and a great counter puncher. He’s really good at what he does. I’m the only person in the top five who’s given him the opportunity,” Wilder said.

“I don’t think I threw enough jabs at him in the first fight. The positioning of my feet was not as good as it could be. The movement that we have is very awkward when you have an orthodox fighter against a southpaw. I’m looking forward to making it another great fight. 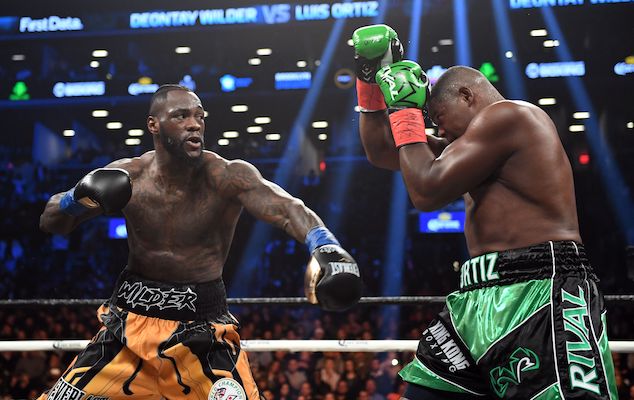 Wilder also couldn’t predict how and when he intends to end the fight. However, he tells the fans to expect a spectacular ending right from the first round, laying emphasis on his energy levels ahead of the fight.

“I’m planning to stress Ortiz out. I’ve never been good with predictions. My energy for this fight makes me want to say to everyone, be careful in that first round. I’m the kind of fighter where you can’t blink. You’re always on the edge of your seat and you never know what’s going to happen.”