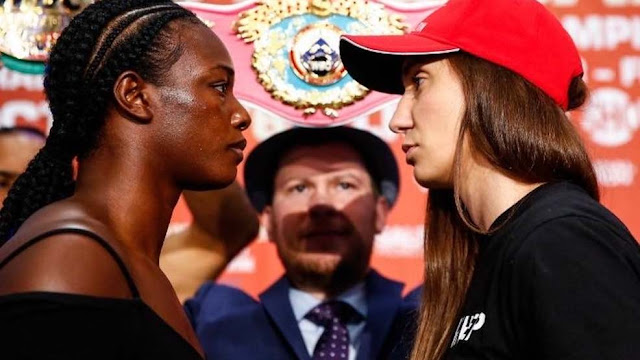 Claressa Shields who was previously a super middleweight champion and now a reigning champion at middleweight will be dropping down a division to face Ivana Habazin inia date that has now been rescheduled twice and now set for Jan. 10 at Ocean Casino Resort in Atlantic City, New Jersey.

Shields is looking forward to become the future three division champion in boxing History to attain the feet in just ten fights.

“My goal is to become three-division champ faster than any man or woman in history,” Shields (9-0, 2KOs)said. “This is a very significant fight for both of us. We have both trained really hard twice and great opportunities await the winner, so hopefully three times is the charm.”

The Record is currently been held by Ukraine’s Vasiliy Lomachenko and Japan’s Kosei Tanaka who both attained the feet in their twelfth professional bouts.

The fight was initially scheduled to take place back in August but this surferred a sets back due to a knee injury and the two division champion had to call off the date to fully recover.

Habazin (20-3, 7KOs) was cool with the rescheduled date Oct 5th in Flint but this also suffered another setback, as the fight was called off after a verbal dispute between the Champs, resulted in a mini riot that also had Habazin’s head trainer James Ali Bashir injured and hospitalized after been tagged with a soccer punch during the weigh in.

“I’ve been thinking about this since October and I have more of an incentive now given what happened,” Habazin said. “I feel like I’m fighting for James Ali Bashir, as well as for my own pride and respect. I’m also fighting for my country. I want to make Croatia proud that I am their daughter, and I feel that I now have their full support. Claressa is just a brief stop on my journey.

“I have bigger dreams and bigger shoes to fill in my life. I’m on my way to fulfilling my personal legend – being crowned the undisputed women’s junior middleweight champion. This is just another step on that journey. Given my faith, I feel that while what happened in October was incredibly unfortunate, this was God’s plan. And I have faith that my hand will be raised in victory in January.”

Habazin had previously held a title at Welterweight but lost to Cecilia Braekhus, who through the win became the first woman to unify all four belts in women boxing history. However, she is on five Fight winning streak which spans since 2016 when she lost to Mikaela Lauren in a bid to become a two division titlist.