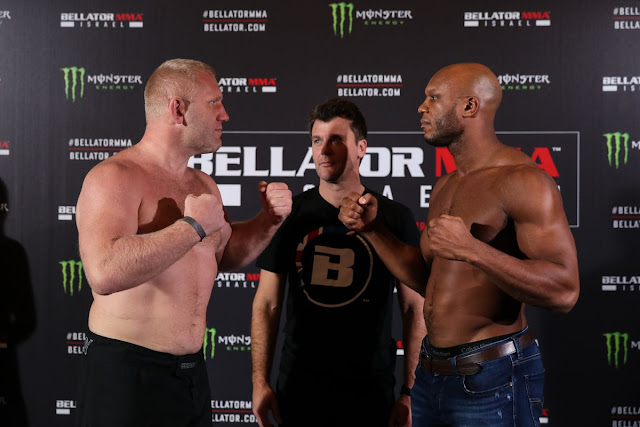 Bellator will be out to entertain you again this weekend, just as they have been doing almost every weekend.
This time Sergei Kharitonov (30-7, 2 NC) takes on  Linton Vassell (19-8, 1 NC) in a heavyweight  battle that tops an action packed Card that will take place Live from the Menora Mivtachim Arena in Tel Aviv, Isreal on November 14.

Sergei Kharitonov vindicated himself with a TKO victory over Matt Mitrione in a rematch of their first fight which ended in a 15 second no contest after Mitrione landed a accidentally on Kharitonov’s groin.

However, Kharitonov is on a six fight winning streak with a pair of no contest.

Linton Vassell will be looking for a way back into winning ways after a run of three fights without a win. He most recently lost a decision to Valentin Moldavsky in his heavyweight debut in March.
The company – main event will feature a lightweight fight between MMA veteran Roger Huerta (24-11-1, 1 NC) and Sidney Outlaw (13-3) and before then, a featherweight bout between House  Olga Rubin (6-1) and Sinead Kavanagh (5-4). 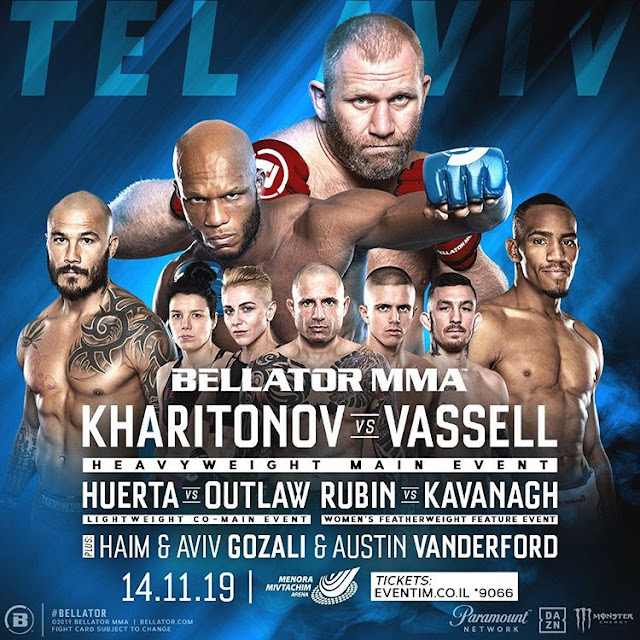