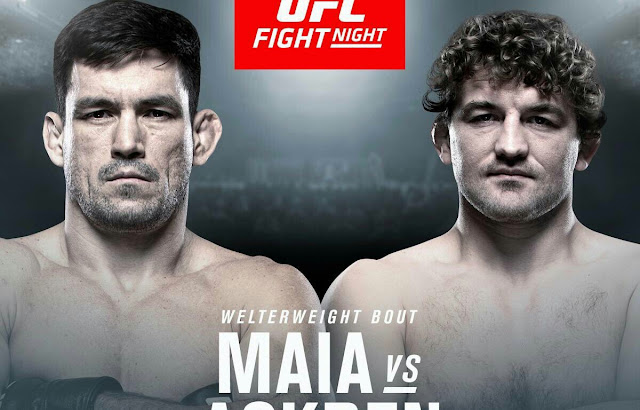 Ben Askren is set to make amends in his second headlining bout, when he takes on Demian Maia on Saturday at UFC fight night 162, which is also called UFC on ESPN+ 20 at Singapore Indoor Stadium in Kallang , Singapore.

While Askren will be looking forward to his first Undisputed win in the UFC while taking Brazilian Jiu Jitsu legend Demian Maia with the bragging rights – The Best Grappler in the UFC at Stake.

Michael Johnson will be making a move down for another try at the Lightweight division, where he faces the rugged Stevie Rey in the Co-main Event.

Also on the Card will be a heavyweight action between Sergei Pavlovich and Maurice Greene and Alexandra Albu will be out to stamp a big foot in the UFC Flyweight division when she faces Loma Lookboonmee.