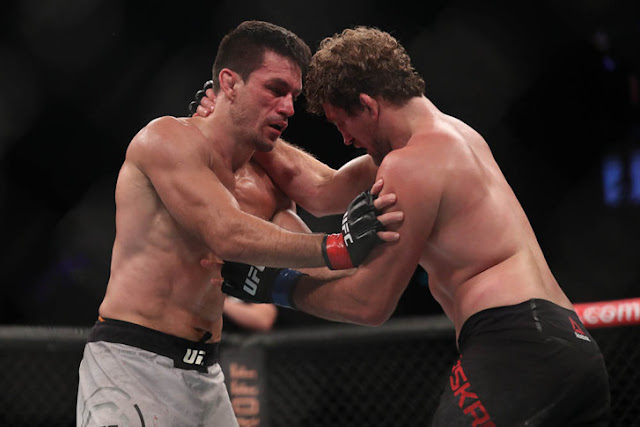 Ben Askren lost via submission for the first time in his professional career to Demian Maia, who by the win is undisputedly the best grappler in the planet.

Maia, who is a former Jiu Jitsu world champion was able to show his grappling superiority by defeating former College wrestling champion Ben Askren with a rear naked choke in the third round of UFC on ESPN+ 20  whichwwas held in Singapore on Saturday.

Towards the end, both fighters had an almost even amount of strikes, if views were on the total strikes and this could all be seen on their faces. This according to Maia was part of his game plan.

“I knew that I could strike in other rounds, because my nature is always to grapple,” Maia said. “But I tried to get some advantages in striking to make him more tired, then go to the ground. Because he’s so tough, especially on top. He’s a very hard guy to fight.”

Before the end of the fight, Askren had fired for a number of take downs which in some cases were successful just like the last. He went for the legs and could only get one. He was able to send Maia to the mat and immediately claim the top spots though that lasted briefly, as Maia was able to turn him around within seconds.

Maia striked from the top spot to lose Askren’s defense and ones he connected, that was done and he went in for the choke. Askren tapped but that missed the referee’s eyes and in no time Ben fell asleep. 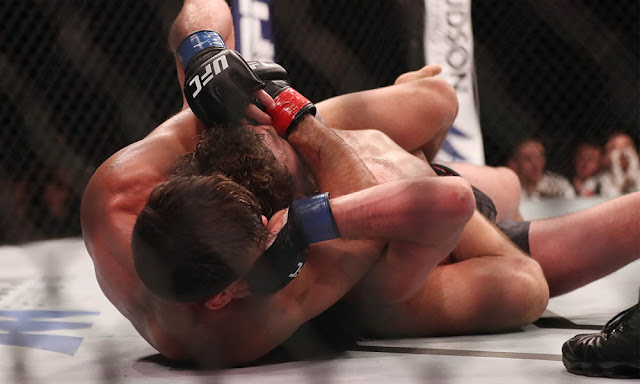 The Win for Maia means, he now has 22 wins in the UFC, which is just one shy of Donald Cerrone with 23 and 11 of them via submission which is also a just two shy of Charles Oliveira’s 13.
Ben Askren on the other hand is on a two Fight losing streak. A tag that has evaded his personality before he signed for the UFC. He has now lost to Jorge Masvidal and Demian Maia.