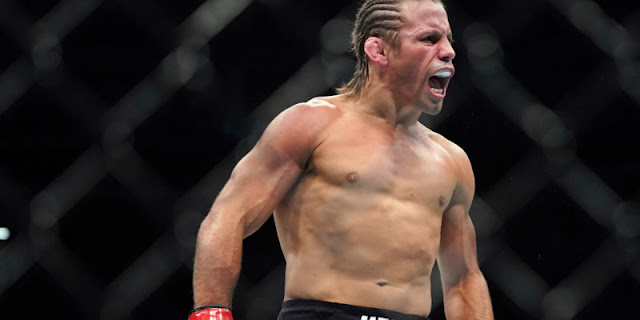 Urijah Faber will be returning to the Octagon at UFC 245, where when will take on Petr Yan who is on an eight fight winning streak that started back in 2016.

The former WEC titleholder and UFC contender in his return, knocked out top prospect Ricky Simon in 46 seconds at UFC Sacramento and is taking no easy fights, as he hopes to build back his UFC career

Petr Yan on the other hand has only lost ones in his career to Magomed Magomedov, a loss he was able to avenge back in 2017 and since then avenged his loss and racked up victories against the likes of John Dodson , Jimmie Rivera, Teruto Ishikawa and even became an ACB bantamweight champion.

Faber (35 – 10) took his time off the Octagon  spending three years away before his return against Ricky Simon and since his victory, has engaged in some back and forth social media banter that has eventually led to this match up.

UFC 245 will be headlined by Kamaru Usman vs. Colby Covington and Max Holloway vs. Alexander Volkanovski while Amanda Nunes takes Germaine de Randamie in her first fight since losing her title in China.