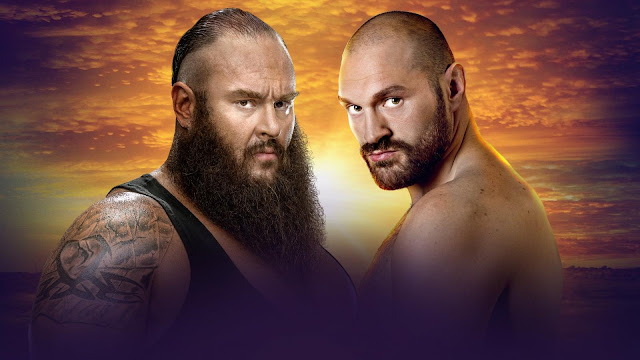 WWE General Manager Paul Levesque has applauded the determination and dedication in training ahead of his WWE debut against Brawn Strawman on October 31st at Crown Jewel in Saudi Arabia.

Fury who is also working hard with Strawman in Promotion of his Pro wrestling debut has been the center of worry by many, who perceived that the former World Boxing world champion will be brutally injured by the pro wrestler and in turn delay the scheduled Rematch with WBC champion Deontay Wilder.

“First and foremost, I worked with him on not caving in Braun’s head,” Triple H said. “Everybody’s worried about, like, ‘oh my God, Tyson, what if you get hurt?’ I’m worried about Braun. Nobody’s concerned if Braun gets hurt.

Triple H also played into the part that might see Fury going pro Boxing when Pro Wrestling fails to do the thing for him against a Professional like Strawman.

“Poor old Braun would be 370-pound Braun laying on his back looking up at the stars, not having any idea that Tyson even threw a punch yet, but he’s knocked out,” Triple H continued. “I saw Braun the other day. He’s actually dropping some weight, believe it or not, in an effort to lighten up because he wants to be faster for this match with Tyson to be able to keep up with him. As seriously as Tyson is taking this, he is as well.”

Speaking of Fury, Triple – H claimed he is totally impressed with Fury’s promotional attributes  which he claims are actually Taylor Made for the WWE and also commended his guts for attempting some Pro wrestling moves that actually shouldn’t be allowed for him due to his little experience. 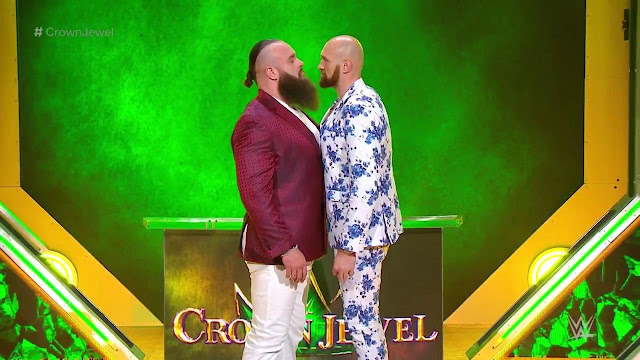 “He is a showman first and foremost, and it’s really what he does,” Triple H said to Bleacher Report. “But it’s not an act; it’s not a show. It’s just who he is. He’s charisma. He’s the X-factor. He walks into a room, and you look at him. He is the guy that your eyes are attracted to from a standpoint of just who he is. So [in] that aspect of it, he’s custom-built for us.

“I was blown away. I sent Vince (McMahon) a video of him about 45 minutes after the first day he was at the Performance Center, and I said, ‘You’re not going to believe this, look at what he’s already doing.’

“He picks it up so quickly because he’s so laser-focused on it. He wants to put on this epic show. He has the desire for it to be great. He’s asking for more; he wants more; he’s jumping in with both feet. It’s almost like having to pull the reins back a little bit to get him to slow down and say, ‘maybe we don’t want to do that quite yet.’ It’s amazing to see that level of dedication.”