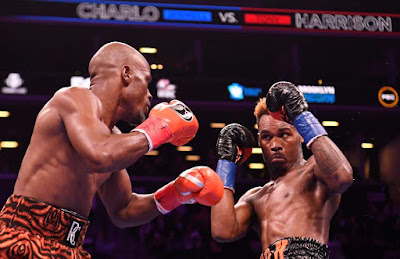 Jermell Charlo will rematch WBC junior middleweight champion Tony Harrison, headlining the final PBC on fox fight card this year on the 21st of December at the Citizens Business Bank Arena in Ontario, California. The fight was initial scheduled for December 14th but was moved to a new date due to network (FOX) issues , as first reported by Fight Hub TV’s Marcos Villegas

The date change means Charlo vs Harrison, replaces the 154 pound title fight between Julian ‘J-Rock’ Williams (27-1-1, 16KOs) and Jarrett Hurd rematch which was initially scheduled for the 19th but due to Hurd’s delay in Honoring the contractual agreement of a rematch clause on their “Fight Of The Year” candidate performance back in May, which Williams edged Hurd via decision to become a unified titlist.

Tony Harrison (28-2, 21KOs) defeated Jermell Charlo (32-1, 16KOs) via a disputed decision 52 weeks from their fight date, the first edition of a rebranded PBC On FOX and handed Charlo the first defeat of his career, ending his 31 year reign as a WBC titlist.