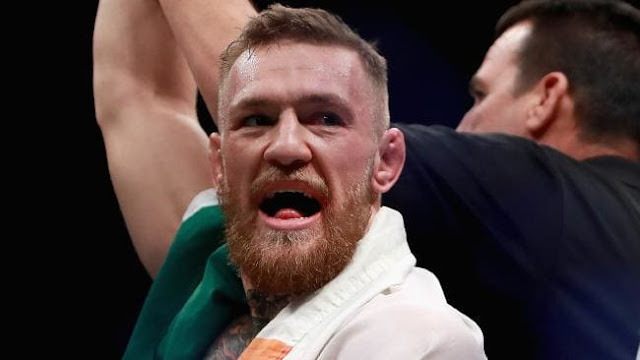 Conor McGregor has announced a date for his return to the Octagon, stating clearly that the fight will be held at the T Mobile Arena in Las Vegas, against an un-named opponent.

“I have some news for you all, for the world, here today,” McGregor told the gathered media.

“For me, I wish to compete here in Moscow, Russia. We know that, this is known. We know what bout I am seeking here in Mother Russia, the people of Russia deserve this inevitable rematch to take place here in Moscow and it will happen. However, I am not waiting around for that man [Nurmagomedov]. That man is a known pullout; a known fearer of risk – he does not take risk – so for me, I am not waiting around.”

Conor McGregor also refused to name his return fight opponent, siting the UFC craftiness as a reason to withhold the information from the public. According to him, he is in the best condition of his life and believes no one can stand in the way of “The Notorious”.

“I would like to announce the return of ‘The Notorious’ Conor McGregor will take place on January 18th in the T-Mobile Arena in Las Vegas, Nevada,” said McGregor.

“So, that is my comeback fight, it’s 12 weeks this Saturday. I’m in prime physical condition, I’ve agreed the date with the company. As far as the opponent, I have the opponent’s name, but for me and the game that I’m in, and from experience, if I was to give you people the name – which I would love to do – I know the UFC would flip it because they are a crafty company. For me, here’s this one, ask the UFC who the opponent is because I do not give a f*ck who the opponent is. January 18th…the return of ‘The Notorious’ Conor McGregor…twelve weeks this Saturday at the T-Mobile Arena in Las Vegas, Nevada.”

After declaring his intent known, McGregor lashed out a long tirade of ill filled words against the Khabib NNurmagomedov, calling him a coward by nature and claiming it is the nature of Dagestani men to cower, despite having everyone in support of the fight.

“That’s it, and that’s what you’re seeing with Khabib, he is running and he is cowering away like he did in Brooklyn when I showed up that day. It’s an inevitable rematch. I will tell him this: you can run, but you cannot hide. You see him last week, or whenever it was, he ran out of the press conference…he scurried out of the press conference here in Moscow. It’s in his nature, but trust me, I am coming for him. But forget him for the minute, like I said, January 18 – the return of a fully focused ‘Notorious’ Conor McGregor will take place in the T-Mobile Arena, Las Vegas, Nevada.”