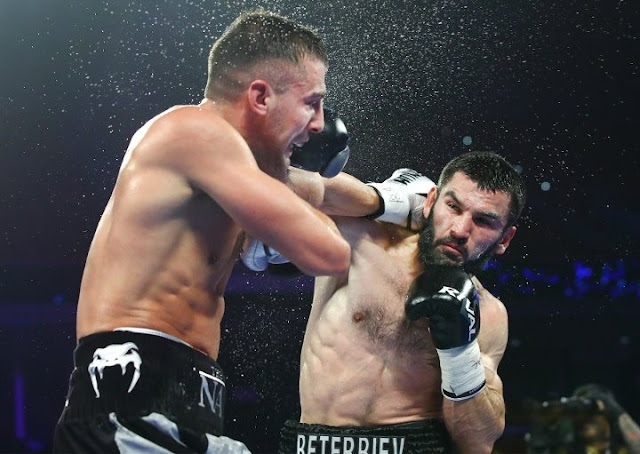 Artur Beterbiev was able to weigh down the former undefeated Oleksandr Gvozdyk in their high stake unification battle on Saturday night, dropping him three times en route to a tenth round stoppage victory. Thereby unifying the WBC Light heavyweight title with his WBC Title on saturday night.

At exactly 2:49 minutes of the tenth round, the referee Gary Rosato ended the fight to grant Beterbiev his 15th knock out victory in his 15th professional fight, a decision he took after Gvozdyk took the knee for the third time in the fight.

Gvozdyk lost his unbeaten record and the WBC title he knocked out Adonis Stevenson almost a year ago in the eleventh round to Claim. He was actually down on scorecards before earningethe victory with a powerful righthand that left the long reigning champion unconscious.

Beterbiev mapped out his game plan and was determined to stick with and immediately after the opening bell forced Gvozdyk to fight on the back foot but this seem to work for Gvozdyk, who Immediately got the Ukrainian crowd behind him as he fought behind his Jab. Tested Beterbiev with a big right but the Russian took it well.

Beterbiev appeared to have wrestled his opponent to the canvas towards the endeof the first and was awarded a Knockdown by referee Rosato but Pennsylvania boxing Commissioner overruled Rosato’s rule, canceled the knock down.

Beterbiev landed a clean straight right hand towards the end of the second round and Gvozdyk took it very well, landing some quick shots to fend off Beterbiev,who had stalked him the whole round.

The third round was much more competitive than the first two rounds and to make Beterbiev note, Gvozdyk landed a big right hand to the body and to the head of his Russian opponent.

Gvozdyk sent Beterbiev to the ropes early in the fifth round landing some big rights, which were mostly blocked by the then defensive Beterbiev. Gvozdyk was careful of Beterbiev’s right throughout the round but was clipped with a left hook. 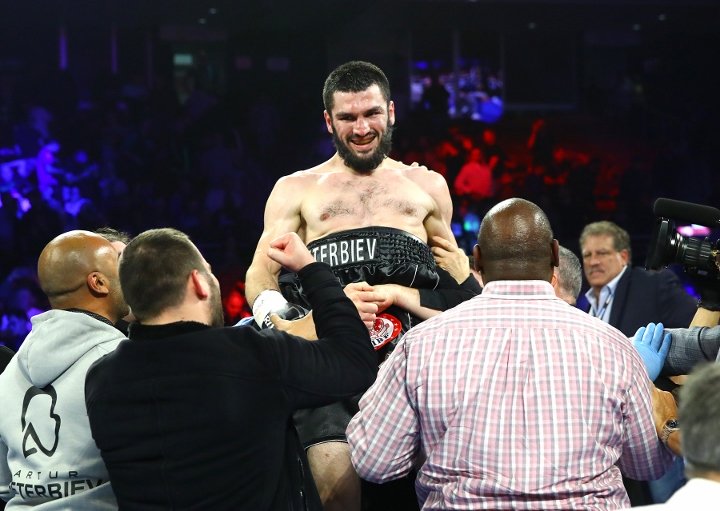 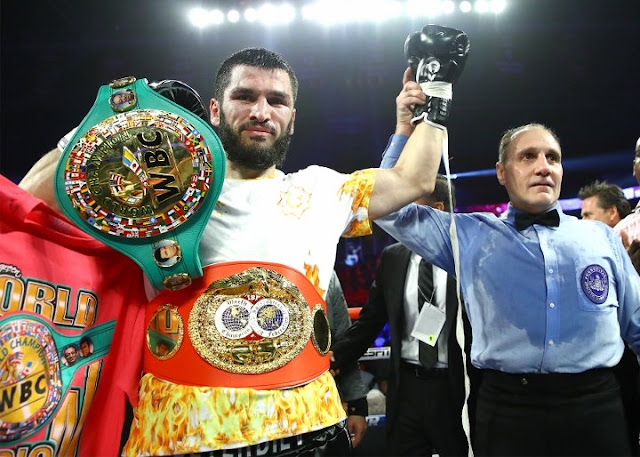 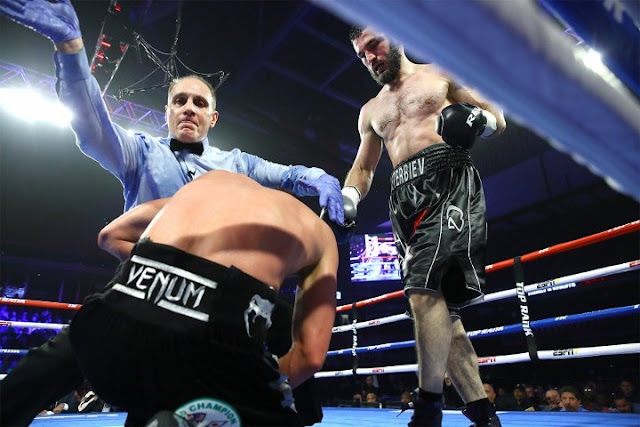